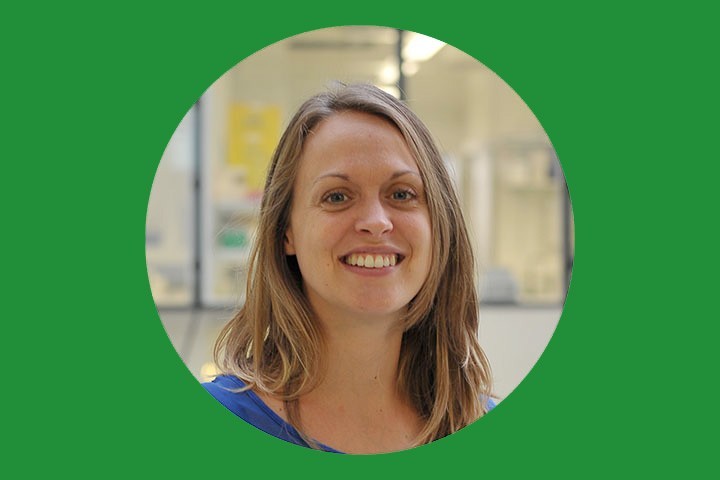 Natacha Retailleau has been working at IINS in Daniel Choquet’s team for more than 10 years. Let’s meet up her smile and blond hair! 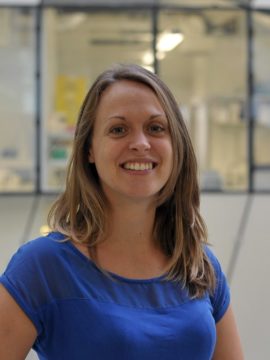 What are your missions in Daniel Choquet’s team?

It has evolved over the years. Overall I work on the production of cellular and molecular models. I also help researchers with their scientific projects, by doing quality control of the various tools I produce. And I also participate in the functional organization of the team, that is to say I am in charge of the orders, the website, and I set up activities to create interactions between the team members.

And you are also responsible for the IINS cell biology facility?

How is the facility organized?

Two people work solely for the centre, two people come from the IINS joint service, and half a dozen teams bring together technicians who bring their area of expertise in relation to the services we offer. So what is interesting is that all these differences are pooled under the same entity. People with a question or a need come to me, and I redirect them to the right person.

How did the you prepare for the return to activity?

It was not easy, we spent a lot of time there, because all cell cultures require anticipating orders. We’ve assigned a specific mission to each one and we’re trying to get the activity back to almost the same level as it was before the containment.

So there have been losses in the cultures?

Yes, we’ve thrown away a lot, because for primary crops, for example, offer a margin of fifteen days to work after in vitro culture. So we were forced to throw away the neurons that we had prepared to work within the fortnight: it was a huge loss for the institute.

Let’s come back to your job. What was your career path?

I prepared a BTS in Bio Analysis and Control, which led me more towards food processing, cosmetics or pharmacology. But I did my BTS internship under the supervision of Christelle Breillat in Daniel Choquet’s team in 2009, in the research unit Cellular Physiology of the Synapse, which later became the IINS. One year later I was hired in the same laboratory as a technician. So finally my internship directed me more towards fundamental research.

What I like most is the interactions between the different professions, especially with the administrative staff, the researchers, and we talk with all these people to try to go in the same direction and advance research. For example, I do management to manage the two people who work with me for the cluster, on the other hand I produce tools, I train people on molecular biology, and then i am in charge of the budget allocated for the platform. In my job, I have access to many different areas of work, and that’s really very interesting for me!