Respective roles of the distinct populations of medium spiny neurons of the nucleus accumbens in reward processing and feeding behaviors.

Compulsive eating, found in some forms of obesity, and anorexia nervosa (AN) can be considered as opposite pathologies in light of their symptomatology, i.e. increased/decreased food intake, decreased/increased physical activity and decreased/increased motivation in obesity and AN, respectively. Even though little is known regarding the pathophysiological mechanisms of these diseases, accumulating evidence points to a dysfunction of the mesolimbic pathway, and of the Nucleus Accumbens (NAc) in particular. My PhD project aimed at determining whether manipulating the activity of discrete neuronal subpopulations of the NAc could be sufficient to mimic and to maintain symptomatic dimensions of compulsive eating and/or AN. The NAc is mainly composed of medium spiny neurons (MSNs) that are segregated in 2 populations based on the dopamine receptors they express, either D1 (D1-MSNs) or D2 (D2-MSNs). Using a chemogenetic approach coupled with analysis of i) incentive processes, ii) food intake and iii) physical activity in mice, we found that acute activation of D2-MSNs or D1-MSNs leads to opposite results. I will assess whether chronic manipulation of each MSN subpopulations is sufficient to trigger obesity or anorexia-like symptoms or concomitantly, thanks to a unique double-transgenic mouse model. We observe that while D1 chronic activation mediates an excessive wheel running activity, animals counteract this energetic expenditure by increasing their food consumption. On the contrary, D2-MSNs chronic activation triggers weigh gain due to low physical activity and an increasing daily consumption. Finally, we show that simultaneous, activation/inhibition of D1-MSNs/D2-MSNs within the same animal, override the compensatory mechanism related to food intake, observed in D1-MSNs activation paradigm, resulting in weight loss, excessive physical activity and low food intake. Chronic simultaneous D1/inhibition and D2/activation lead to a similar food intake/expenditure imbalance inducing weigth gain compared to what was observed during single D2-MSNs modulation. These results suggest that there is a balance between excitability of both populations of MSNs. D1 and D2-MSNs would play a bidirectional role in energetic homeostasis, which in the context of an opposite alteration of neuronal excitability, could promote the occurrence of eating disorders. 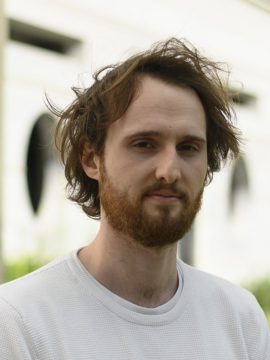