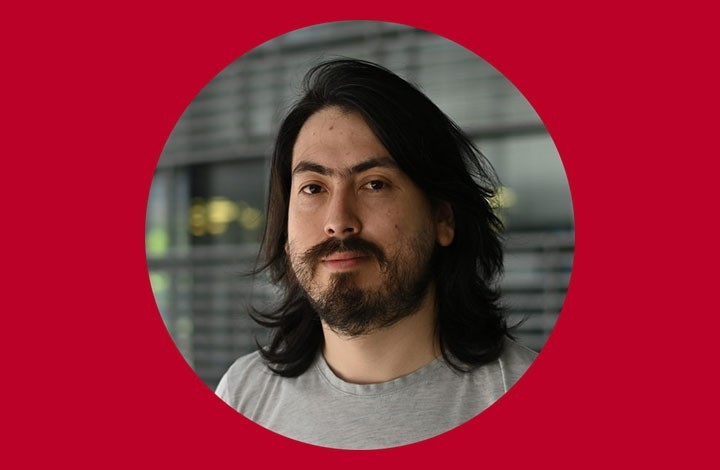 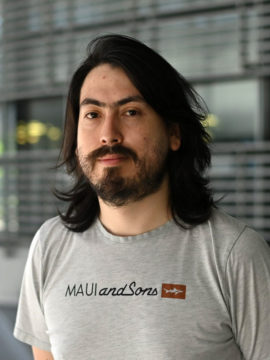 Ignacio Fernandez Moncada was born far away, in the colorful city of Valparaiso (Chili), that faces the Pacific Ocean. He is now a post-doc researcher at the Neurocentre Magendie, in Giovanni Marsicano’s team. Let’s meet him!

Hola Ignacio! You’ve been working at the NeuroCentre Magendie since fall 2018. Can you tell us more about you? What did you do before coming to Bordeaux ?

I started a Biochemist degree (the equivalent to Master degree… but which takes like 7 years in Chili, at least during my generation) at the Pontificia Universidad Católica of Valparaíso. Then, I went to the Centro de Estudios Científicos (CECs), in Valdivia… same country but… 1000 km far away! There, I finished my Biochemist degree thesis and then (literally) the next week, I entered the PhD program of the Universidad Austral de Chile, but all my research was done in the CECs. During my PhD I studied how the extracellular K+ (a neuronal signal) modulates the astroglia energy metabolism, using high-resolution genetically encoded fluorescent tools. Then, I spent one year as a post-doc, still in Valdivia. During this time, I focused on study the glucose metabolism in real-time, meanwhile I waited for my post-doc fellowship application results.

You work in Marsicano’s team. What does you research consist in ?

My project consists on studying the astroglia lactate dynamics. This metabolite is a by-product of glucose metabolism and plays an important role in sustaining and modulating neural activity. By expressing a genetically encoded fluorescent lactate sensor on astrocytes cultures from mixed neuron-glia cultures, we are exploring how cannabinoids affects astroglia metabolism. Interestingly, cannabinoids agonist modulates astroglia lactate dynamics in a time-dependent fashion, resulting in opposite results depending on the time elapsed after agonist exposure. Currently, we are working on determine the molecular mechanism involved and exploring approaches to measure lactate in-vivo on awake mice.

Did you choose to come for some specific reasons?

Well, actually, the most important thing for me is the core of the research I do : bioenergetics, so when I took my decision of where to continue my research, the fact that Giovanni’s offer to explore the modulation astroglia bioenergetics by cannabinoids with the tools developed on my former lab, perfectly matched my goals on that moment. I did not paid attention if I knew French, if Bordeaux was a nice city or how far I was going. At the end, the decision also leads to a lucky coincidence as my wife also got a position here, as an assistant engineer (she started 2 months after me). We know each other from University, and there we learned that we should never work together, because she’s much more a perfectionist than I am! I would say I’m more into efficiency (faster you go, better!). Although we’re in the same team we don’t work together, but of course it’s nice to have lunch together…and speak chilean and confuse the spanish guys!

What did you do during the lockdown?

At the start, mostly data analysis but I had not much new data to work on. Then I moved my focus into (trying) to write a review with my spanish colleagues… And my ex-boss asked me to contribute to a review, so I started to work on two different topics during these last weeks.

I must say it, this period has been little bit more relaxing than usual which is a good thing, because you jump from the 7 years of Master to PhD, from PhD to post-doc, then here… finally the rush was stopped by force (remind me of first Newton law !). I would say that I became a mix of a part-time philosopher and a writer, wondering about my future and thinking how to describe my thoughts and ideas in a proper manner.

Now, I’m back to my lab once a week to restart my experiments, that hopefully can start again in a few weeks. Also the reviews are to be finished so, the part-time philosopher writer is still running wild until further notice.

What are the main differences between work conditions, or organisation, between Valvivia and Bordeaux ?

First of all, in Chili, everyone was chiliean: no problem to communicate in accurate way…and our brave visitors from europe were « assimilated » quickly. Here, my boss is Italian who’s been working in France for years, colleagues are french, spanish, polish, chinese… I really need to take in mind how to communicate, as everyone is not using his native language. In the other hand, Giovanni has another way of leading the group, mostly due to the group size, the presence of other researchers, (Francis Chaouloff and Luigi Bellocchio) and a LOT of post-docs. In my case, I did my PhD without any post-doc on the lab (pretty normal on Chili) and my boss was the sole “authority” in the lab, so the dynamics are totally different here from what I was used to do.

Other important point is that in Chili, the biggest research units are in the capital, Santiago, so in Valdivia it was a very small group and institute with Biology, Theoretical physics and Glaciology units. So, for me Bordeaux Neurocampus, it’s crazy: there so many persons working on similar things!

Also, I realized that was very pampered in Chile, thanks to the lab structure I did half of the job that I do here…but in the meantime I was in charge of some tiring jobs as being in charge of common equipment : 2 microscopes, a 3D printer and more….. which could be stressful sometimes. Now, I don’t have big responsibilities, but I need to do more stuff for my own experiments. At the end, you need to adapt to your new environment to be successful in your goals.

And the last difference is… weather ! It rains 8 months a year in Valdivia!