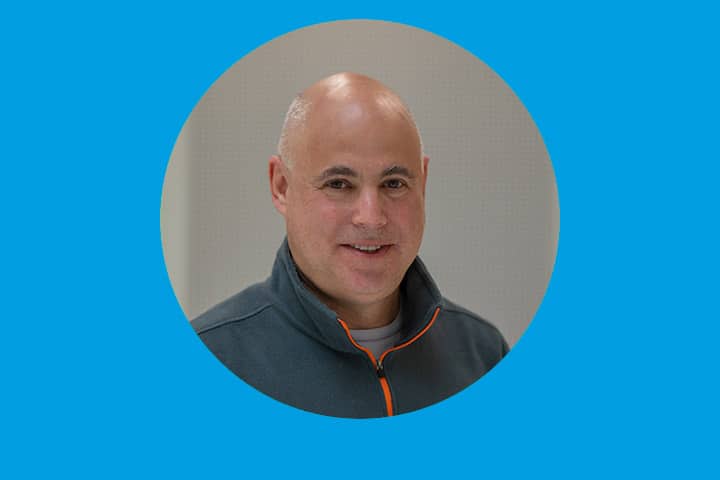 Gabriel Finkelstein is an Associate Professor of History at the University of Colorado Denver. Until mid-April 2022, he is on sabbatical in the Neuroscience, Humanities and Society team of the IMN (Institute of Neurodegenerative Diseases). His work focuses on Emil du Bois-Reymond, a German physiologist (1818–1896), known best for his research in bioelectricity at the origins of electrophysiology.

What makes Emil du Bois-Reymond an important figure in neuroscience?

My research first treated du Bois-Reymond as a physiologist. Although he was a medical student, he was interested in physics, and particularly, in bioelectricity. He discovered the polarization of nerves stimulated by a direct current and the diminution of electricity in nerves and muscles during tetanic contractions in addition to proposing a chemical explanation to synaptic transmission. More spectacularly, he attracted wide attention for demonstrating the existence of electrical signals in his own body.

However, I did not expect him to be such a public celebrity. Du Bois-Reymond was a great speaker who, although German, was influenced by French traditions of thought. This aspect of his life is the focus of my research today.

Why did you come to the Neurosciences, Humanities and Society team at IMN?

I chose this team for several reasons. The first was obviously the reputation of Bordeaux Neurocampus. I came here, of course, for the quality of the research but also to observe the dynamics of an interdisciplinary team that successfully combines natural sciences, social sciences and philosophy.

Moreover, France was a clear choice for personal reasons. I first became interested in this country back when I spent a year in Rennes as a high school student. That year changed my life. In graduate school I thought I would study France, but the choice of Emil du Bois-Reymond as a topic directed my research to Germany, where I lived for seven years. You could say that I have been trying to get back to French history for 25 years.

Another important point is that my family came here with me to France. I wanted them to develop the same interest that I have for the country. It’s like a time machine for me! My daughter can learn about a society different than the United States. This experience will open her mind, just as it did mine.

What are your plans after you return to the United States?

First, to finish the historiographical study that is my second book. The first one took 25 years to write; the second one is taking 15 years; historical projects do not happen overnight. Second, I would like to try to set up an organization at my university modeled on the Bordeaux Neurocampus, particularly one that emphasizes the interdisciplinary cohesion that is the strength of the IMN.

My next goal is to connect 19th-century insights to contemporary research in the philosophy of neuroscience. Just like Emil du Bois-Reymond, Thomas Boraud and Cédric Brun are working on the limits of scientific explanation and neuroscientific approaches to social problems. I think it would be useful to draw attention to this line of continuity.

In his day Emil du Bois-Reymond warned his colleagues about the limits of science. He said, “Science is the only aspect of culture that can be said to progress. In this regard, the history of science is the true history of humanity.” But he also remarked that this progress has a cost, since science reduces all values to utility . This is something we need to keep in mind.

To see his seminar :