Characterization of different subpopulations of hypothalamic POMC neurons in the regulation of energy balance. 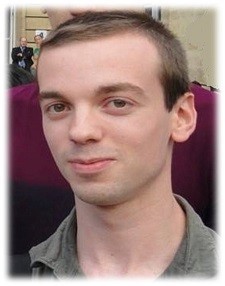 Introduction: Obesity is a chronic multifactorial disease, characterized by a health-threatening accumulation of body fat and whose prevalence has been increasing worldwide since the 1980s. Obesity is a risk factor for type II diabetes, cardiovascular disease and various forms of cancer and is now a major public health issue. Unfortunately, available pharmacological treatments are rare and not very effective. Thus, the study of the biological mechanisms underlying body weight regulation could lead to the discovery of new therapeutic targets and prove useful in the fight against this modern curse.

The brain plays a key role in controlling food intake and metabolism. In particular, some hypothalamic neurons called POMC neurons are classically described as being responsible for satiety. To date, most studies on these neurons have focused on their neuropeptide production, but recent discoveries have uncovered the existence of subpopulations, characterized by their ability to secrete different neurotransmitters (glutamate, GABA or both). The functional consequences of this unsuspected heterogeneity are largely unknown to this day.

Objectives: The general objective of this thesis is to study the specific roles of different sub-populations of POMC neurons, depending on the neurotransmitter they release: we will then distinguish between POMC-Glut (pure glutamatergic), POMC-GABA (pure GABAergic) and POMC-Glut/GABA (mixed) neurons. Three objectives have been defined:
– To develop a new neuroanatomical technical approach to identify subpopulations of activated POMC neurons on brain slices.
– To determine the impact of a hypercaloric diet on POMC subpopulations.
– To determine the role of the POMC Glutamatergic population in energy balance by using a novel genetic model.

Results: First, we developed a new technique for the simultaneous detection of mRNAs of GAD65/67, vglut2 and POMC combined with an immunostaining of the cFos protein (a marker of cellular activity), in order to identify the subpopulations of activated POMC neurons under various experimental conditions. Then, we applied this technique in a context of an acute exposure to a high-calorie diet (HFD, for “high-fat-diet”). We then discovered that POMC-GABA neurons were the main sub-population to be activated by HFD, unlike POMC-Glut which were less likely to respond to the diet. Of note this preferential activation of POMC-GABA happens in a context of HFD-driven hyperphagia. Finally, we created a new genetically modified mouse line that allows the deletion of the vglut2 protein from POMC neurons in an inducible way, thus preventing the release of glutamate from POMC neurons. After carrying out the necessary controls, we conducted a metabolic characterization of this mouse line. Inducible POMC-vglut2-KO mice, in which POMC glutamatergic transmission is suppressed, have an exaggerated hyperphagic response following a 24-hour fast. In addition, when placed on a HFD, these mice eat more and have an increased energy expenditure.

Conclusions: This work led to the development of a new neuroanatomical technique whose versatility is a major asset in the study of neurons controlling energy balance, but which can also be used in many other projects. Our data suggest that there is a functional dichotomy between POMC-Glut and POMC-GABA neurons, the former playing mainly the expected role of satietogenic POMC neurons, while activity of the latter is associated with an increase in HFD consumption. Future studies will be necessary to manipulate these different sub-populations and identify their specific sites of action, in the hope to further clarify their role in the regulation of energy balance.