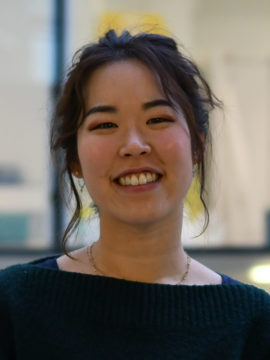 Encountering a particular stimulus may require radically different responses in different situations. Imagine yourself facing a lion, an animal that is generally integrated in our consciousness as threatening. This lion would express a different meaning when it is encountered in the wild or when it is seen behind glass in a zoo. This observation emphasizes the context processing allowing to elicit the most appropriate response. Normal brains keep biologically significant events distinct and resistant to confusion. If not, it may lead to psychological dysfunction because of inaccurate context processing. This is a one of the core symptoms observed in patients suffering from anxiety disorders and posttraumatic stress disorder (PTSD). Given the essential role of the context in emotion and cognition, a major scientific challenge is to understand how the brain processes and restitute contextual information between neutral and aversive emotional valance.
In the laboratory condition, the classical contextual fear conditioning (CFC) is a useful model for studying neural circuits of associative learning processes. In its most basic form, it consists of placing the animal in a conditioning chamber in which is delivered an aversive stimulus. In rodent studies the environmental context itself act as an “occasion setter” to predict the arrival of the US, thus replacing the animal back in this context leads to the expression of conditioned responses (CR) usually freezing behavior. The latter observation is highly context specific, such that when placed in another context animals do not exhibit any fear behavior, a phenomenon called contextual fear discrimination.
My goal is to visualize how brain deals with moments of context ambiguity! But how to catch them! It is first a methodological problem: it is difficult to manipulate the level of ambiguity in the surrounding context along a single sensory dimension. During my thesis, I tested and validated smooth area shape transitions as unique context changes to elicit contextual fear discrimination. Among areas potentially involved in the contextual fear processing, three brain regions – the medial prefrontal cortex (mPFC), the basolateral amygdala (BLA), and the hippocampus (HPC) – are particularly important, and share functional connectivity. We therefore performed extracellular recording simultaneously in the three aforementioned areas, along the contextual fear learning process, i.e., fear acquisition, retrieval and discrimination, with a particular focus on transition periods to let emerge the “partition of the symphony”. We wanted to answer a few specific questions:
1. What are the functional mechanisms instructing the PFC during contextual fear expression?
2. What are the functional mechanisms within the interconnected tripartite circuit that mediate appropriate behavior according to the contextual valence?
3. At cellular level, what will determine if a neuron is implicated or not in contextual discrimination?
In general, we believe that a more comprehensive view of the brain circuits that mediate contextual processing and modulation will greatly enrich the future understanding of flexible, adaptive responses to environmental stimuli, and pathophysiological processes that interfere with this flexibility. The purpose of this thesis is to bring another brick in this wall.