The epigenome as a vector of inheritance of acquired behaviors: Evidence in mammals involving the germline 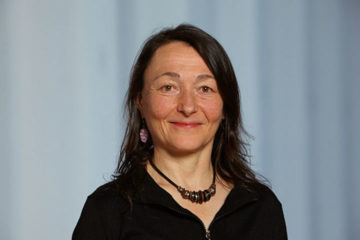 Behavior and physiology in mammals are strongly influenced by the environment and living conditions, particularly during early postnatal life. While positive factors can favor proper development and good mental and physical health in adulthood, negative events such as traumatic experiences can increase the risk for psychiatric, metabolic and psychosomatic diseases. Such disorders can affect directly exposed individuals but strikingly, they can also impact their offspring. The biological mechanisms underlying the transmission of experience-induced symptoms from parent to offspring have recently started to be examined and are thought to involve epigenetic mechanisms. This talk will present an experimental model of postnatal trauma in mice recapitulating trauma-induced symptoms including depressive symptoms, increased risk-taking, altered social behaviors, cognitive deficits, and impaired blood and brain metabolism in adulthood. The symptoms are pronounced and persist throughout life, and most of them are transmitted to the following offspring by both females and males in up to the 5th generation. They are associated with epigenetic alterations involving persistent changes in DNA methylation at the promoter-associated CpG island of several genes, in the brain of the offspring and the germline of their father. Further to DNA methylation, other epigenetic mechanisms involving RNA are also involved, those with causal consequences. Initial translational analyses in humans exposed to early life trauma validate these results. Overall, the findings suggest that epigenetic processes contribute to the impact of environmental exposure in postnatal life on adult behavior and physiology, and to its inheritance across generations.