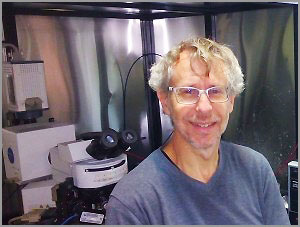 The adult hippocampus has the capacity to generate new neurons in all mammals including humans. New neurons derive from neural stem cells, develop during several weeks and display different functional profiles as they change their intrinsic excitability and make synaptic connections with input and output partners within the preexisting network. Developing neurons undergo a period of high excitability as a consequence of a transient enhancement of the excitation-inhibition balance resulting from their increasing glutamatergic drive and poor coupling to the GABAergic network. In my talk I will describe the dynamics of integration of newborn cells and its functional implications, analyzing the connections with most players in the circuit using electrophysiology and optogenetics. I will also discuss the effects of aging on neurogenesis-mediated plasticity, how experience acts as a modulator of plasticity in the aging brain, and the mechanisms that transduce behavioral stimuli into local signals that shape neuronal integration.

Alejandro Schinder received his MSc in Biology at the School of Exact and Natural Sciences at the Univ. of Buenos Aires, and his PhD at the Dept. of Biology, University of California San Diego. He then became a postdoctoral fellow in Mu-ming Poo’s lab at UC San Diego, where he studied mechanisms that control the formation and plasticity of GABAergic and glutamatergic synapses. In 2000 he became a research associate in Fred Gage’s lab at the Salk Institute of La Jolla, California, where he was trained in the field of adult neurogenesis. He returned to Buenos Aires in 2002, where he became the head of the laboratory of neuronal plasticity at the Leloir Institute.
He is currently principal investigator of the argentine research council (CONICET), Senior International Research Scholar of the Howard Hughes Medical Institute (USA), and President of the Argentine Society for Research in Neuroscience (SAN). He has recently received the John Simon Guggenheim Memorial Foundation fellowship. He is also member of the editorial boards of Developmental Neurobiology, Frontiers in Neurogenesis, and Frontiers in Neural Circuits, and member of Faculty of 1000 Biology (Neuroscience).