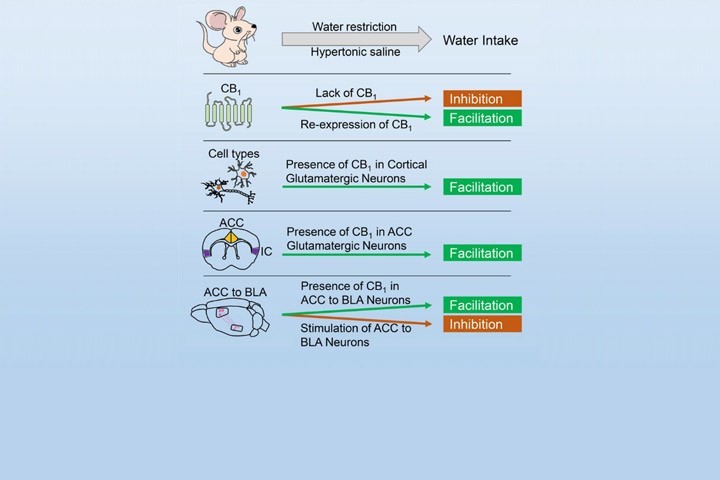 This study discovers cortical control of water intake by the endocannabinoid system and a cortico-amygdalar mechanism in the regulation of water intake. 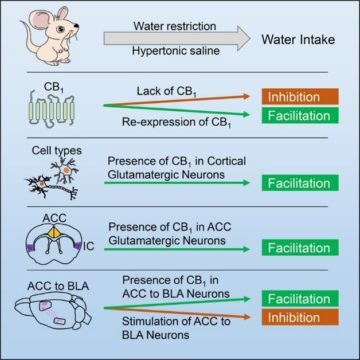 Water intake is crucial for maintaining body fluid homeostasis and animals’ survival. In the brain, complex processes trigger thirst and drinking behavior. The anterior wall of the third ventricle formed by the subfornical organ (SFO), the median preoptic nucleus, and the organum vasculosum of the lamina terminalis (OVLT) constitute the primary structures sensing thirst signals and modulating water intake. These subcortical regions are connected with the neocortex. In particular, insular and anterior cingulate cortices (IC and ACC, respectively) have been shown to receive indirect innervations from the SFO and OVLT in rats and to be involved in the control of water intake. Type-1 cannabinoid receptors (CB1) modulate consummatory behaviors, such as feeding. However, the role of CB1 receptors in the control of water intake is still a matter of debate.

In this article, the authors show that endogenous activation of CB1 in cortical glutamatergic neurons of the ACC promotes water intake. Notably, presynaptic CB1 receptors of ACC glutamatergic neurons are abundantly located in the basolateral amygdala (BLA), a key area in the regulation of water intake. The selective expression of CB1 receptors in the ACC-to-BLA-projecting neurons is sufficient to stimulate drinking behavior. Moreover, chemogenetic stimulation of these projecting neurons suppresses drinking behavior, further supporting the role of this neuronal population in the control of water intake. Altogether, these data reveal a novel cortico-amygdalar mechanism involved in the regulation of drinking behavior. 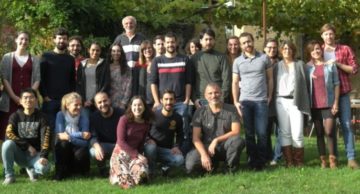 Article in collaboration with Cota group and Beyeler group 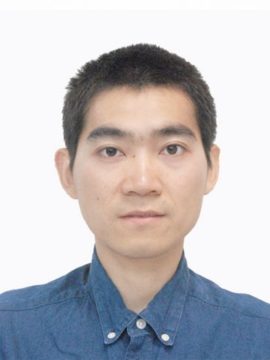 Zhe Zhao completed his Ph.D. under the supervision of Giovanni Marsicano. During his thesis he focused on the role of the type-1 cannabinoid receptor (CB1) in the control of water intake, and found that this receptor, expressed on the neurons of the anterior cingulate cortex regulates drinking behavior.

Zhe is now a postdoctoral researcher under the mentorship of Anna Beyeler. Through a collaboration with the Marsicano lab, they decided to further dissect the neural circuit mechanisms controlling thirst by focusing on synaptic plasticity and the endocannabinoid system within the insular cortex.