Our team develops new neuromodulation paradigms and neuroprosthetic systems for repairing or replacing circuit-level functions that get disrupted after neurological disorders or injury. Our research combines techniques from Neuroscience and Neuroengineering, in particular in vivo electrophysiology, signal processing, machine learning and control engineering.

Building upon previous experience of neuromodulation in the fields of epilepsy and spinal cord injury, we are now interested in expanding neuroprosthetic systems from motor to cognitive disorders. In particular, we aim at developing a large-scale brain network neuroprosthesis to restore memory after brain injury or neurodegenerative diseases such as Alzheimer’s disease.

Our approach uses intracranial multielectrode recordings of neuronal activity at various spatial scales such as local field potentials and electrocorticographic activity, combined with spatially, temporally and spectrally patterned multisite neurostimulation. This targeted stimulation aims at restoring the communication between remote brain areas which become functionally disconnected in memory disorders as a result of injury or neurodegeneration. By combining this neuromodulation approach with cognitive training protocols, we further aim at promoting neuroplasticity mechanisms and long-term improvements in cognitive functions.

This project has received funding from the Région Nouvelle-Aquitaine and the University of Bordeaux as part of the Bordeaux Neurocampus initiative. 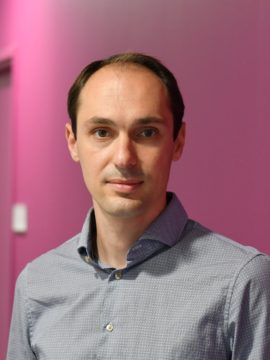