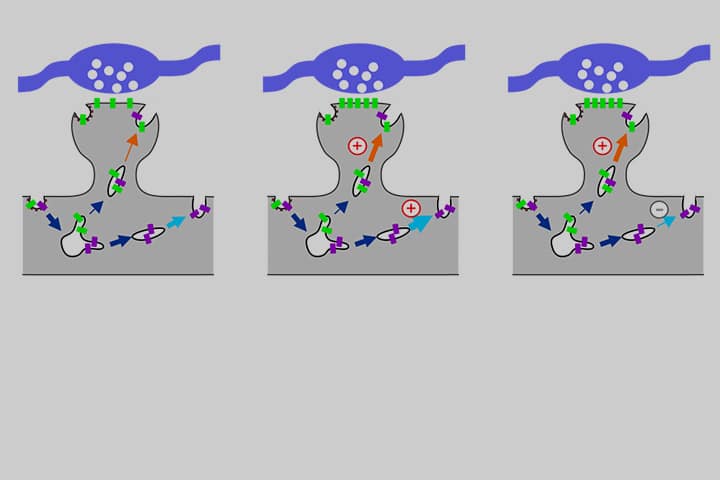 Synapses, the basic building blocks of neural networks, are both very stable and capable of rapid and long-lasting modifications, a phenomenon known as synaptic plasticity. The modification of a synapse often involves the addition of synaptic receptors (long-term potentiation or LTP) or the removal of part of the synaptic receptors (long-term depression or LTD). This rapid plasticity is possible because synaptic receptors are not immobile in the synapse but travel to intracellular compartments called recycling endosomes (RE). The regulation of RE trafficking has thus become an important topic of study for understanding the mechanisms of synaptic plasticity. 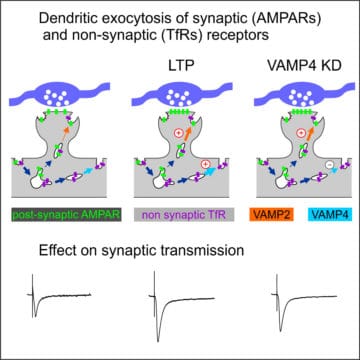 In this study, we searched for the proteins involved in these phenomena, in particular the ones responsible for exocytosis called SNAREs. The VAMP2 protein, target of the tetanus toxin (released by the bacterium responsible for tetanus and one of the deadliest in humans), was known to block LTP. However, to our surprise, it only marginally affects RE exocytosis. We therefore searched for other proteins of the same family and found VAMP4 to be responsible for the majority of RE exocytosis, whereas VAMP2 is involved in only a small fraction of exocytosis, but plays a major role in the exocytosis of REs containing AMPA-type postsynaptic receptors (see Figure). Furthermore, VAMP4 deletion also alters the trafficking of AMPA receptors that are in greater quantity at the surface of neurons, increasing synaptic transmission and limiting its plasticity by occlusion.

This work shows the great diversity of membrane trafficking mechanisms in the dendrites of neurons that allows receptors to be delivered when and where they are needed to regulate individual synapses. It was the result of a long-term work, over more than eight years, of many students, engineers and researchers of the IINS. 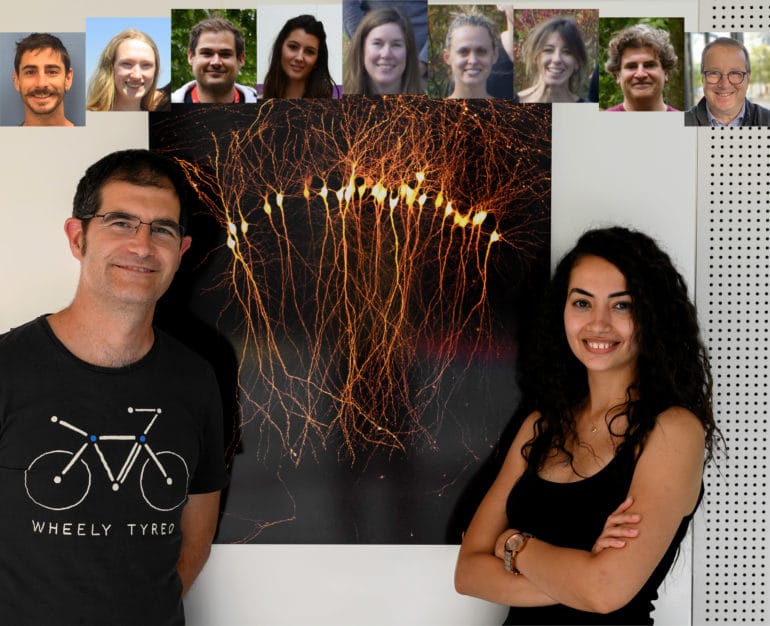