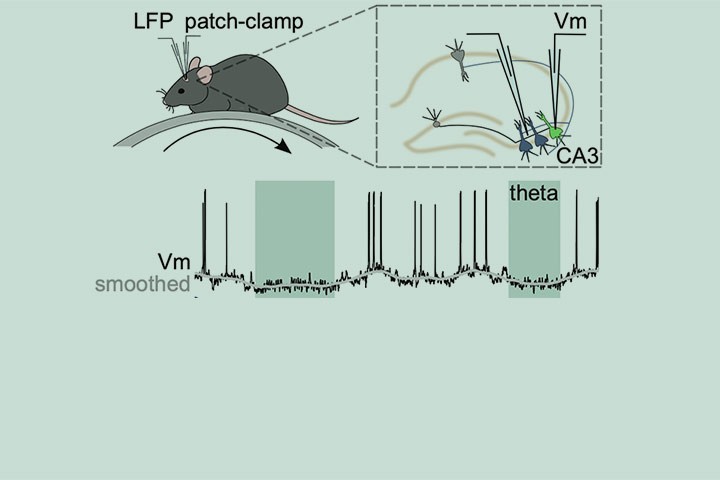 The relationship between brain state and membrane potential in CA3 pyramidal cells: an in vivo patch-clamp study

Wakefulness is comprised of distinct brain states correlated with different behaviors and stages of memory.  It is hypothesized that memory encoding and recall are more prominent during active behaviors, while memory consolidation is more prominent during rest.  The hippocampal region of the brain is involved in all these stages of memory during their respective brain states.  For this brain circuit to perform these different computations at different times, it has been hypothesized that the membrane potential of individual neurons must change in a brain state-dependent manner.  We sought to test this hypothesis by recording membrane potential from individual CA3 hippocampal pyramidal cells in awake mice during active and restful behaviors.  When animals are actively moving, the hippocampal local field potential displays a 4-12 Hz oscillation known as theta. We found that, consistent with the hypothesis, CA3 pyramidal cells underwent consistent changes in membrane potential when theta was present in the local field potential.  Specifically, these cells hyperpolarized, decreased firing, and had low membrane potential variance, all of which are consistent with increased inhibition. This sustained, coherent suppression of CA3 pyramidal cells during theta likely changes the circuit dynamics within the hippocampus, contributing to a functional switch that might underlie the ability of the hippocampus to participate in memory encoding during théta. 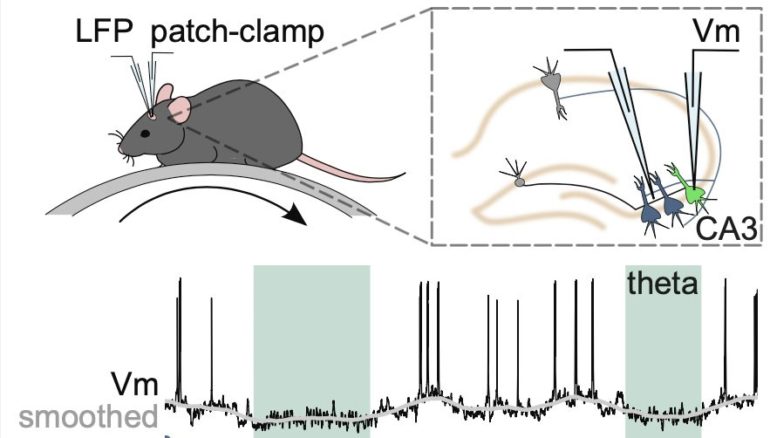