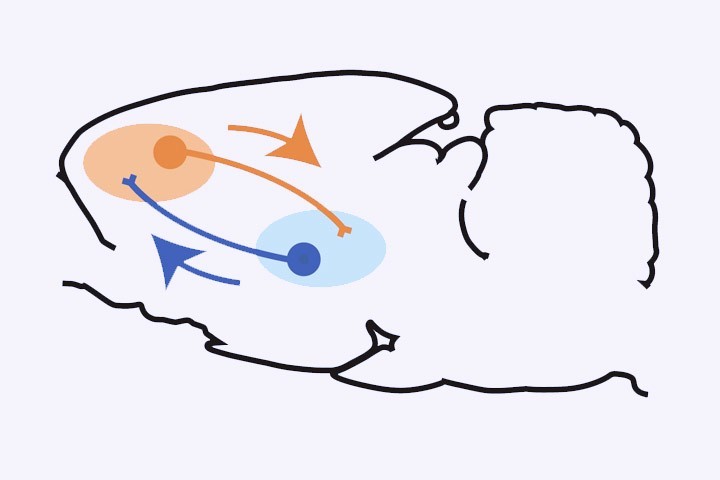 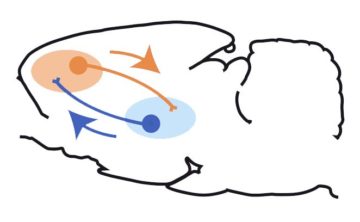 The ability to flexibly use knowledge is one cardinal feature of goal-directed behaviors. The DECAD team recently showed that thalamocortical and corticothalamic pathways connecting the medial prefrontal cortex and the mediodorsal thalamus (MD) contribute to adaptive decision-making (Alcaraz et al., 2018]). In this study, the team examined the impact of disconnecting the MD from its other main cortical target, the orbitofrontal cortex (OFC) in a task assessing outcome devaluation after initial instrumental training and after reversal of action-outcome contingencies. Crossed MD and OFC lesions did not impair instrumental performance. In sharp contrast, disconnecting the OFC from its other main thalamic afferent, the submedius nucleus, produced a specific impairment in adaptive responding following action-outcome reversal. Altogether, this suggests that multiple thalamocortical circuits may act synergistically to achieve behaviorally relevant functions and confirm a prominent role for the cognitive thalamus in shaping mental representations.