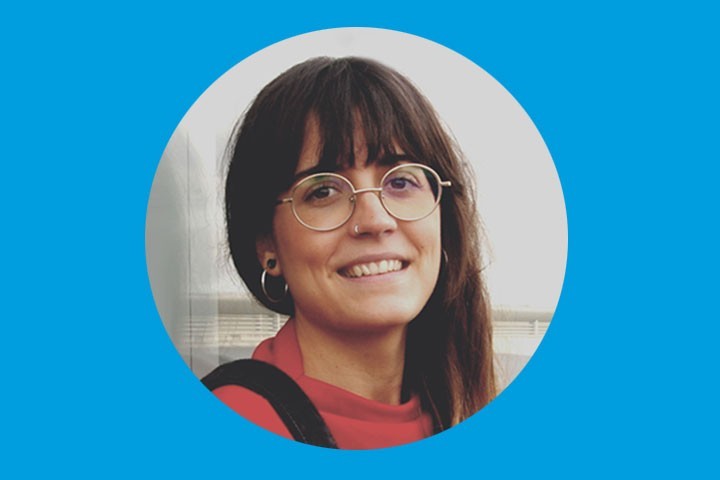 Link for the videoconference :

The substantia nigra pars reticulate (SNr) is the main output structure of the basal ganglia (BG), a subcortical network controlling the elaboration of motor programs as well as cognitive and associative learning functions. The identification of distinct cell-types within the BG has played a key role for understanding the properties and functions of this circuit. Recent studies suggest that the SNr is composed of several cell types but until now this neuronal diversity has never been taken into consideration regarding normal and pathological functioning of this nucleus, particularly in Parkinson’s disease (PD). By combining immunohistochemical and electrophysiological approaches in the PVCre::Ai9T mouse line, we have demonstrated that SNr neurons expressing the protein parvalbumin (PV+) exhibit different anatomical and electrophysiological properties than non PV-expressing (PV-) neurons. Our anatomical analysis reveal that PV+ and PV- neurons are present in equal proportion in the SNr, but with a distinct distribution, PV+ being enriched in the lateral part of the SNr, while PV- are found in the medial portion of the nucleus. In vitro electrophysiological recordings from identified PV+ and PV- neurons in the SNr also revealed that PV+ neurons fired at relatively higher rates than PV- cells. Additionally, our data revealed that DA loss and subsequent L-DOPA treatment induce a profound reduction of the excitability of PV+ SNr neurons in a 6-OHDA mouse model of PD while the activity of PV- remains unchanged by these treatments.

It is well known that the activity of SNr neurons is controlled by GABAergic inputs from striatal dSPN and the GP. We performed optogenetic manipulation of STR-SNr and GP-SNr inputs in order to determine whether PV+ and PV- SNr neurons received equivalent inputs from these two nuclei. We tested the impact of STR-SNr or GP-SNr activation on the activity of SNr neurons in cell-attached configuration and then switched to whole-cell voltage-clamp to characterize short-term plasticity of these synapses. Our results show that both PV+ and PV- SNr neurons are innervated by the STR and the GP. They also revealed that inhibition from dSPN was more powerful to silence activity of both subtypes of SNr neurons. Indeed, we observed that both STR-SNr and GP-SNr synapses displayed short-term depression in PV+ and PV- SNr neurons. DA loss affected GABA transmission in a different manner in PV+ and PV- SNr cells. On one hand, PV+ neurons were more sensible to striatal synaptic inhibition than PV- cells after DA depletion. On the other hand, PV-GP inputs were reduced on PV+ neurons and increased in PV- cells after DA loss suggesting a disequilibrium in pallidal inhibition between these two SNr populations.

Furthermore, considering that rodent models of PD have shown elevated extracellular levels of GABA in the SNr which can exert a tonic extrasynaptic inhibition on SNr neurons, we decided to characterize GABAergic extrasynaptic transmission in the SNr of control and 6-OHDA lesioned mice. We studied GABAA mediated tonic inhibition by performing whole-cell patch-clamp recordings of PV+ and PV- SNr neurons in acute slices. We observed that PV- SNr neurons displayed larger GABAA receptor-mediated tonic currents than PV+ cells in the SNr of control mice. The presence and involvement of  and/or 5 extrasynaptic subunits in GABAA receptors mediating this type of transmission was also studied, revealing a major presence and effect of 5-subunits on PV- neurons probably mediating the tonic currents observed in these neurons. However, contrary to expected, chronic DA-depletion did not trigger any increase in tonic inhibition neither in PV+ cells nor in PV- SNr neurons.

All these findings highlight the importance of differentiating cell populations in the SNr to a better knowledge of the BG circuit in normal and pathological states such as in PD.