Obesity epidemic is currently reaching an alarming level, with the prevalence increasing dramatically in youth. Obesity is associated with numerous comorbidities such as neurocognitive dysfunctions, specifically those affecting learning and memory function. This is particularly worrisome since childhood and adolescence are crucial periods for the maturation of certain brain structures, including the hippocampus (HPC) and basolateral amygdala (BLA), necessary for shaping cognitive function for life duration. Previous studies in the NutriNeuro lab on animal models have shown that obesogenic high-fat diet (HFD) intake throughout adolescence (adoHFD), but not adulthood, induced opposite effects on HPC- and BLA-dependent memory systems, impairing HPC-dependent relational and spatial memory and enhancing BLA-dependent cue-based aversive memory. However, the causal role of the alterations of these two brain areas in adoHFD-related memory changes remains to be demonstrated.
As these memory changes are associated with enhanced neuronal activation in HFD-fed animals, the main objective of this PhD project was therefore to evaluate whether attenuation of neuronal activation, in a specific area or pathway, was able to rescue adoHFD-induced memory alterations.
The first part of this PhD project was dedicated to evaluate in rats the effects of chemogenetic silencing of ventral HPC (vHPC) or BLA projecting neurons on adoHFD-induced long-term memory changes. For this purpose, memory performances were evaluated using an aversive task, the conditioned odour aversion, and a spontaneous, non-rewarded and non-aversive, object recognition memory (ORM) task. We first showed that adoHFD induced long-term, but not short-term, ORM deficits, specifically when animals were exposed to a novel context. We then demonstrated that chemogenetic inactivation of vHPC, but not the BLA, projecting neurons during memory formation restored adoHFD-induced long-term ORM deficits. Inversely, chemogenetic silencing of BLA, but not the vHPC, projecting neurons normalized the enhanced long-term odour aversion memory in HFD-fed group. Taken together, these findings suggest that adoHFD consumption alters long-term ORM and aversion memory through enhanced activity in vHPC and BLA, respectively. Moreover, these results further highlight the bidirectional effects of adolescent HFD on hippocampal and amygdala functions.
In the second part of this PhD project, we wondered which vHPC efferent pathway is involved in object-based memory deficits induced by adoHFD consumption. We focused on two of the main target projections of the vHPC, i.e. the ventromedial prefrontal cortex (vmPFC) and the nucleus accumbens (NAc) and used a double viral approach to specifically inactivate these pathways. We first demonstrated in mice that adoHFD enhanced the c-Fos activity in vHPC and in these pathways after training and that our chemogenetic approach was effective in normalizing this overactivation. We then showed that chemogenetic inactivation of the vHPC-NAc, but not vHPC-vmPFC, pathway restored adoHFD-induced deficits of long-term ORM. Using another hippocampal-dependent object-based memory task, we found that silencing the vHPC-vmPFC, but not vHPC-NAc, pathway improved short-term object location memory.
Taken together, our results demonstrate that attenuated aberrant activity in specific brain area and pathway improves adoHFD-induced memory changes, providing new evidence of how HFD consumption during early developmental periods exerts its deleterious effects on cognitive functions. 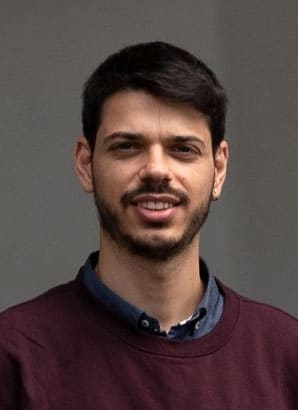