Forming new memories after a one-time experience requires initial encoding then consolidation over time. During learning, multimodal information converges onto the hippocampus, activating sparse neuronal assemblies. Activated neurons are believed to form a memory representation through concerted activity and synaptic interconnectivity. Computational and behavioral studies point at the hippocampal CA3 region as a key structure involved in multimodal information integration and initial memory storage. In this work, we describe the development and validation of a novel tool for fast labeling of engram neurons (FLEN). FLEN is based on c-Fos activity-dependent transient expression of a destabilized fluorescent marker ZsGreen1 rapidly after one-trial learning (few hours). With FLEN, we explore the electrophysiological properties of c-Fos activated CA3 neurons following one-trial learning of an episodic-like memory. In parallel, we employ the Robust Activity Marker (RAM) system, which provides activity-dependent labelling 24 hours following a novel experience. Comparing FLEN+ and RAM+ neurons allows to characterize how the properties of neuronal assemblies evolve after an initial phase of consolidation. We found that CA3 cellular recruitment in an engram is not predetermined by their excitability state, but rather they progressively acquire increased excitability as compared to neurons which were not activated by the one-trial contextual memory task. Early CA3 neuronal engram showed an increased number of excitatory inputs which overall did not appear to be more efficient, suggesting that LTP-like synaptic plasticity does not occurs early during the process of memory formation. Control of local inhibition of spiking influence CA3 PNs capacity to be engaged in an active ensemble of neurons. A comparison of FLEN+ and FLEN– CA3 neurons finally suggests less Mf-driven feedforward inhibition in the putative engram neurons which may facilitate spike transfer from the DG hence increased excitation. Overall, the FLEN strategy appears as an excellent complement to the previously used labeling strategies which have assessed changes in engram neuron properties in the time range of days. With this approach, we can show that both the intrinsic excitability and the synaptic properties of CA3 pyramidal neurons undergo progressive plastic changes over the first day following a one-trial memory task. 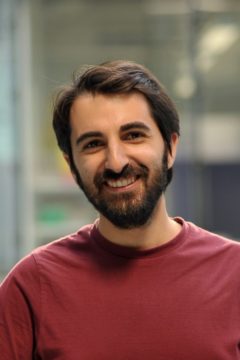