Videoconference. Link will be given soon. 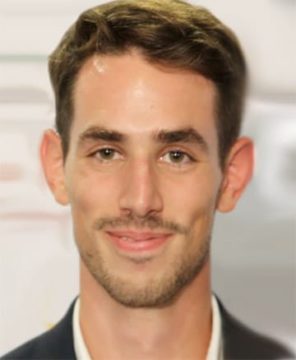 Role of the endocannabinoid system in exercise motivation

Sedentariness is a major public health issue. It is mainly explained by a lack of exercise motivation, resulting in an energy imbalance in favor of food intake. However, the neurobiological bases of exercise motivation remain poorly described. Previous works in the laboratory have demonstrated the role of the endocannabinoid system (ECS) in the control of running performances in mice. This role is exerted by type-1 cannabinoid receptors (CB1) located on GABAergic terminals in the ventral tegmental area (VTA). This brain region has been shown to play a key role in reward processes. Because the evaluation of running performances does not distinguish between running motivation and pleasure, we aimed at studying the role of CB1 receptors in the regulation of exercise motivation in mice. Using operant conditioning protocols (which allow to specifically study motivation in animals), this work characterized (i) the subpopulation(s) of receptors participating in this regulation, (ii) their potential involvement in the choice between exercise and palatable food, and (iii) the consequences of a selective stimulation of these receptors on exercise motivation. This work combined genetic (mouse mutants for CB1 receptors) and pharmacological (CB1 receptor agonists and antagonists) approaches.

The first set of experiments aimed at developing an operant conditioning protocol that allow to distinguish exercise motivation from exercise pleasure, the former but not the latter being positively linked to the activity of VTA dopaminergic neurons. Our results showed that CB1 receptors control exercise motivation through an action in the VTA. Moreover, we demonstrated that CB1 receptors located on GABAergic neurons (GABA-CB1) are necessary and sufficient for the tonic control of exercise motivation. Conversely, exercise pleasure, as assessed by running performance, proved independent from this receptor population. Because previous studies demonstrated the key role exerted by CB1 receptors in motivation for other (than exercise) rewards, we questioned the specificity of the control of running motivation exerted by GABA-CB1 receptors. Indeed, after having confirmed the involvement of the ECS in palatable food motivation, we provided evidence against a role for GABA-CB1 receptors in feeding motivation, hence indicating their reward-specific control.

The second set of experiments aimed at evaluating the involvement of CB1 receptors in the choice between exercise and palatable food when both rewards were made concurrent. Indeed, humans and animals are permanently confronted with reward choices, these being dictated by their respective motivation for these alternatives. To this aim, we developed an operant conditioning protocol allowing the study of the animal preference between exercise and palatable food presented simultaneously but being mutually exclusive. By this means, we demonstrated the crucial importance of CB1 receptors in this choice. Moreover, we showed that the lack of GABA-CB1 receptors decreased the mouse preference for exercise in favor of palatable food. This work thus identifies a potential neurobiological mechanism underlying sedentariness.

The third set of experiments aimed at evaluating the possibility to stimulate exercise motivation. The tonic control exerted by GABA-CB1 receptors on exercise raises the question of the impact of their stimulation. Indeed, stimulation of CB1 receptors by direct and indirect agonists proved inefficient in altering running motivation.

In conclusion, besides providing a paradigm allowing to study exercise motivation in mice, this work provides direct evidence for a specific role of CB1 receptors located on GABAergic neurons on motivation for exercise.

REDON, B., Violleau, C., Georges, F., Marsicano, G., and Chaouloff, F. (2019). The ergogenic impact of the glucocorticoid prednisolone does not translate into increased running motivation in mice. Psychoneuroendocrinology 111, 104489.

Hurel*, I., REDON*, B., Scocard, A., Malezieux, M., Marsicano, G., and Chaouloff, F. (2019). Beyond the Activity-Based Anorexia Model: Reinforcing Values of Exercise and Feeding Examined in Stressed Adolescent Male and Female Mice. Frontiers in Pharmacology 10, 587.

Hurel*, I., Muguruza*, C., REDON, B., Marsicano, G., and Chaouloff, F. (2021). Cannabis and exercise: Effects of Δ9-tetrahydrocannabinol on preference and motivation for wheel-running in mice. Progress in Neuro-Psychopharmacology & Biological Psychiatry 105, 110117.