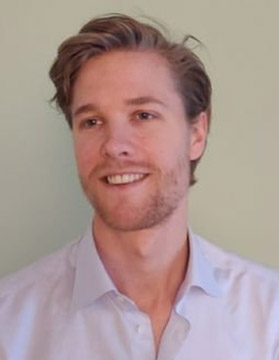 Accurate sensory processing requires the integration of feedforward and contextual feedback signals. In the primary visual cortex, activity is initially governed by feedforward processing of information in neuronal receptive fields after which it is modulated by visual and non-visual contextual signals. Because it is difficult to isolate feedforward from contextual information experimentally, it remains largely unclear how the two streams are integrated at the cellular level. In this talk, I will discuss evidence from two experimental paradigms that suggests that feedforward and contextual information are processed by separate neuronal populations in mouse visual cortex.

The first part of my talk will focus on the role of chandelier cells, a poorly understood GABAergic cell type that exclusively targets the axon initial segment of pyramidal cells. Using viral tracing, histology, electrophysiology and two-photon calcium imaging we found that chandelier cells are part of a contextual neuronal population that encodes visuomotor mismatch signals in primary visual cortex. During the second part, I will discuss evidence from visual occlusion experiments aimed at isolating feedforward and contextual information. Our results show that activity of feedforward and contextual populations is stimulus-specific, experience-dependent and in line with a theory of visual predictive coding.