The human brain is a complex, adaptive system comprised of billions of cells with trillions of connections. The interactions between the elements of the system oppose this seemingly limitless capacity by constraining the system’s dynamic repertoire, enforcing distributed neural states that balance integration and differentiation. How this trade-off is mediated by the brain, and how the emergent, distributed neural patterns give rise to cognition and awareness, remains poorly understood. Here, I argue that the thalamus is well-placed to arbitrate the interactions between distributed neural assemblies in the cerebral cortex. Different classes of thalamocortical connections are hypothesized to promote either feed-forward or feedback processing modes in the cerebral cortex. This activity can be conceptualized as emerging dynamically from an evolving attractor landscape, with the relative engagement of distinctly distributed circuits providing differing constraints over the manner in which brain state trajectories change over time. In addition, inputs to the distinct thalamic populations from the cerebellum and basal ganglia, respectively, are proposed to differentially shape the attractor landscape, and hence, the temporal evolution of cortical assemblies. The coordinated engagement of these neural macrosystems is then shown to share key characteristics with prominent models of cognition, attention and conscious awareness. In this way, the crucial role of the thalamus in mediating the distributed, multi-scale network organization of the central nervous system can be related to higher brain function. 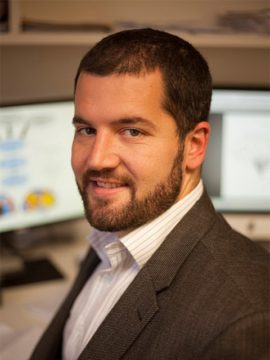