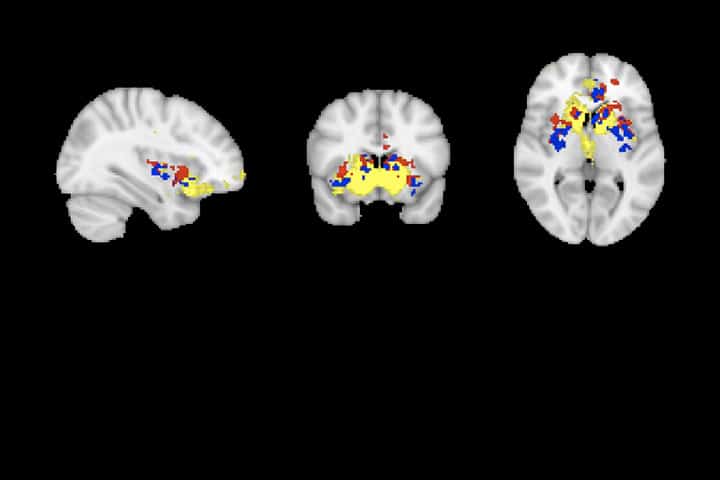 Brain reactivity to humorous films is affected by insomnia

Short humorous internet films are watched every day by most young adults, and can help to reduce and distract from augmented stress, such as during the COVID-19 global pandemic. In a unique collaboration between researchers from SANPSY, INCIA and IMN, all teams part of Bordeaux Neurocampus, we show that brain activity is increased in the brain reward network (caudate nucleus, anterior cingulate gyrus, putamen and insula) in a group of 20 young adult insomnia patients presented with short humorous films.

This increase is related to hyperarousal levels, a typical feature of insomnia. Interestingly, humor ratings did not differ between those with insomnia and a group of 20 age- and gender-matched participants without insomnia: both groups thus rated the films as equally humorous. Brain activity patterns related to humorous films in insomnia thus show a similar pattern as those found after experimental sleep deprivation, but are less similar to effects typically found in depression, which is a comorbid symptom of insomnia. Future studies could show if, by activating the reward network, humorous film viewing could have sleep-enhancing effects in insomnia.