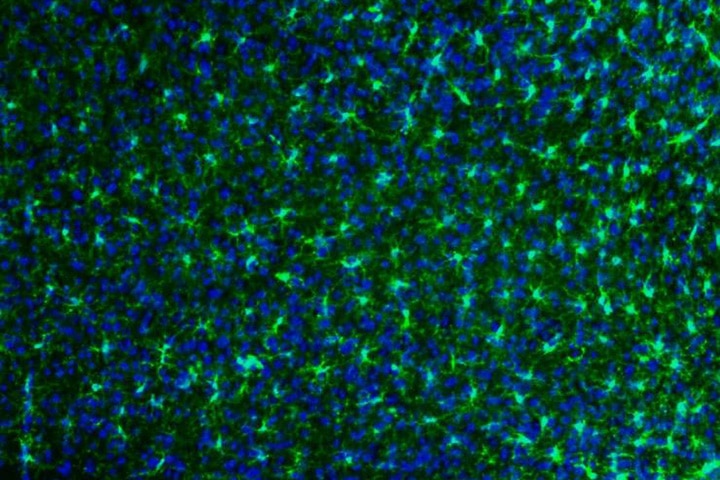 Links between nutrition and the brain: how a maternal omega-3 deficiency can influence the behavioural development of offspring in animals

Omega-3 fatty acids* are essential, necessarily supplied by the diet and indispensable to brain development. Scientists from INRAE and University of Bordeaux, working in collaboration with INSERM, Laval and Toronto Universities in Canada and other partners (Harvard, Fondation Basque, etc.) have focused in particular on the impact of the maternal diet during gestation and lactation on the brain development of their offspring. They have thus shown for the first time in mice how an insufficient intake of omega-3 in the mother can alter the development of neuronal networks in the offspring, causing memory deficits. They have also deciphered the molecular mechanisms underpinning these effects. This unprecedented work, which is the result of several years of research, is published on 30 November 2020 in Nature Communications.

Essential fatty acids (omega 3 and 6) are massively incorporated in the brain of offspring via the maternal diet during gestation and lactation. Patchy scientific findings indicated that an insufficient consumption of these fatty acids by the mother during the perinatal period constitutes a risk factor for cognitive deficits in children (language, memory, learning, etc.). But what is the causal mechanism?

INRAE scientists from the Nouvelle-Aquitaine Research Centre and University of Bordeaux, and their colleagues, focused on a particular cell type in the brain: the microglial cells (or microglia) that participate in the shaping of the neuronal networks sustaining memory abilities. These brain macrophages lie at the interface between the environment and neurons. During brain development, the microglia “sculpt” neuronal networks by “engulfing” useless synapses – the connectors between neurons – and only retaining those that are essential for satisfactory brain functioning.

The scientists focused their studies on a mouse model to determine whether maternal omega 3 status – and hence that of offspring – could exert an effect on microglia activity.

The results showed for the first time that an insufficient intake of omega 3 via the maternal diet affects the activity of microglia in the developing brain; these cells adopt abnormal functioning and become hyperphagic; i.e. they lose the ability to recognise the synapses that needed to be deleted, hence “engulfing” too many of them. The neuronal network is thus poorly formed, causing deficits in the offspring memory capacities. The scientists were also able to decipher the molecular mechanisms responsible for this abnormal microglial activity.

To study this link between omega 3 intake and brain development, the scientists also developed several innovative technologies to evaluate the modification of microglial behaviour towards synapses, to analyse their lipid content, and to test different molecules in order to identify those responsible for this dysfunction and determine how it could be restored.

This work offers new perspectives for research, and studies will continue in humans in order to better understand the links between omega 3 and brain development. In the general population, many pregnant women are deficient in omega 3, and the early identification of individuals at risk could enable preventive measures in order to counterbalance this deficiency.

* Omega 3 fatty acids are a family of essential fatty acids. This contains the fatty acids that are essential to developing satisfactory functioning of the body, but they can only be supplied by diet. They are found in numerous vegetable oils (walnut, rapeseed, linseed, etc.) and in the flesh of fatty fish.

Omega-3 fatty acids (n-3 PUFAs) are essential for the functional maturation of the brain. Westernization of dietary habits in both developed and developing countries is accompanied by a progressive reduction in dietary intake of n-3 PUFAs. Low maternal intake of n-3 PUFAs has been linked to neurodevelopmental diseases in Humans. However, the n-3 PUFAs deficiency-mediated mechanisms affecting the development of the central nervous system are poorly understood. Active microglial engulfment of synapses regulates brain development. Impaired synaptic pruning is associated with several neurodevelopmental disorders. Here, we identify a molecular mechanism for detrimental effects of low maternal n-3 PUFA intake on hippocampal development in mice. Our results show that maternal dietary n-3 PUFA deficiency increases microglia-mediated phagocytosis of synaptic elements in the rodent developing hippocampus, partly through the activation of 12/15-lipoxygenase (LOX)/12-HETE signaling, altering neuronal morphology and affecting cognitive performance of the offspring. These findings provide a mechanistic insight into neurodevelopmental defects caused by maternal n-3 PUFAs dietary deficiency.