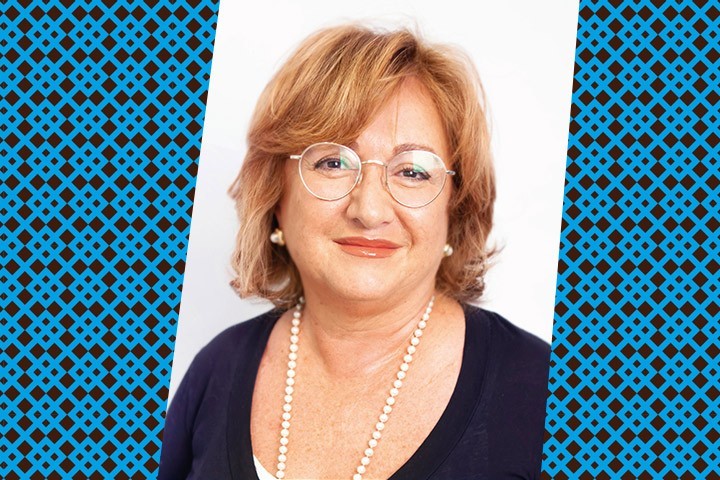 The ceremony will be in english, from 5pm to 7pm, at the Centre Broca Nouvelle-Aquitaine.

Monica Di Luca is an internationally recognized figure of neuroscience research both in its fundamental aspects and in its preclinical developments. Monica Di Luca holds a double PhD; in Pharmacy at the University of Milan, and in Medical Science ar the University of Utrecht. Since 1995, she is professor at the University of Milan, where she progressively developed a lively and productive research laboratory focused on the pharmacology of neurodegeneration. She has fostered a vibrant Neuroscience community in Milan, through the creation of the NeuroNest Center of Neuroscience. Monica Di Luca is the author of more than 180 articles published in peer reviewed journals. She is a member of the EMBO and has received major international distinctions and awards.Monica Di Luca’s primary research interest relates to neuronal plasticity both in physiological and pathological conditions. Her group has significantly contributed to understanding the molecular mechanisms regulating the molecular and structural dynamics of glutamatergic synapses. These findings open new avenues that help identifying novel molecules targeting early synaptic dysfunction for pharmacological interventions in the still unresolved need of neurodegenerative disease treatment .A preeminent trait of Monica Di Luca’s career is her deep and exigent involvement in establishing and steering collaborative networks of scientists and clinicians in connection with societal challenges. From 2010 to 2012 she was the Chair for Europe of International Brain research Organization (IBRO); from 2014 to 2016 she was President of Federation of European Neuroscience Societies (FENS); from 2014 to 2018 she served as Vice Rector of the University of Milan for International Affairs. At present, Monica Di Luca is the President of the European Brain Council, a non-profit organisation gathering scientific societies, patient organisations, professional societies and industry partners, which main mission is to promote brain research, in order to improve the lives of the estimated 179 million Europeans living with brain conditions. Altogether, Monica Di Luca has shown an exceptional engagement in the European Brain research area. In Bordeaux, we have been very fortunate to establish strong connections with Monica Di Luca since many years. There are many examples of participation of Bordeaux Neurocampus to consortia funded by different programs of the European Commission, in which she was a leading figure. As president of FENS, she supported the creation of the Bordeaux School of Neuroscience by making Bordeaux a major center for training activities of the prestigious CAJAL Training Programme. Students of Synapse courses organized in Bordeaux warmly praised the joyful atmosphere she puts in transmitting her wide knowledge during her keynote talks.