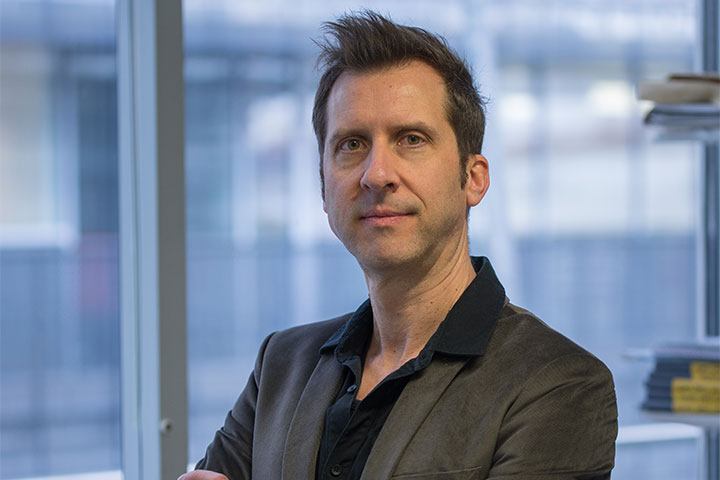 The 8th Marcel Dassault Prize for Research in Mental Disorders 2019 was awarded to Dr. Andreas Frick for his research project on the measurement of sensory alterations in autism spectrum disorders.

Autism: the measurement of sensory alterations, a diagnostic and therapeutic approach

Autism Spectrum Disorders (ASD) are traditionally characterized by a communication disorder, altered social interactions and behavioural abnormalities. To this day, we still have no diagnostic markers or targeted pharmacological treatments.

In 2013, the DSM-5 (Diagnostic and Statistical Manual of Mental Disorders of the American Psychiatric Association) included sensory impairments among the criteria for defining ASD. The study of the latter opens up both diagnostic and therapeutic perspectives.

This is the topic of research of Dr Andreas Frick, winner of the 8th Marcel Dassault Prize in 2019. Through the development of a translational tool to measure sensory alterations, he intends to discover a physiological marker of autism, characterize the cellular and circuit mechanisms involved, and aim to correct these anomalies using mechanism based pharmacological approaches.

Dr Andreas Frick is Research Director at the Neurocentre Magendie (Inserm U1215) in Bordeaux, where he leads the research team on ‘Cortical Plasticity’.

After a thesis in neuroscience at the Max Planck Institute of Psychiatry in Munich in 1999, during which he obtained the highest honorary title, he spent five years in the United States as a postdoctoral fellow at the Baylor College of Medicine in Houston (a research centre of excellence known in particular for its revolutionary advances in cardiovascular surgery and for its participation in the Human Genome Project).

After this experience, he spent three years as Research Group Leader at the Max Planck Medical Research Institute in Germany, under the directorship of Professor Bert Sakmann, winner of the Nobel Prize in Physiology or Medicine in 1991.

In 2008, he joined the Neurocentre Magendie after obtaining the Inserm-Avenir award, which enabled him to establish his own research team. With his team, he is working on the function of neocortical circuits and neurons, and their role in processes such as sensory information processing and memory storage.

The importance of sensory alterations in autism spectrum disorders (ASD)

Nearly 90% of individuals with autism spectrum disorders (ASD) have sensory impairments, regardless of the severity of the disorder (with or without an intellectual disability). These alterations can be tactile, auditory or visual amongst others. Thus, people with autism spectrum disorders report discomfort related to the perception of touch (texture of clothing, contact) or hypersensitivity to noise or light.

This exacerbated sensory perception represents a significant handicap for everyday life. Studies suggest that they may strongly influence other symptoms and comorbidities associated with ASD. Thus, better evaluating and characterizing the circuits involved, in order to correct these sensory anomalies could improve the overall functioning of people with ASD.

The first step in addressing these challenges is to design a method for evaluating sensory perception alterations that allows direct comparison between patients and preclinical models. To address this challenge Andreas Frick’s project aims to develop and validate a translational tool for measuring sensory alterations in ASD.

Towards a biomarker of sensory alterations

Building on previous discoveries made by his team, Andreas Frick wishes to better characterize the sensory alterations as well as the neurobiological mechanisms that lead to the alteration of the brain circuits involved in the processing of sensory information in mouse models of ASD.

Andreas Frick: “We are proud that our project has been selected by the international jury of the FondaMental Foundation. Thanks to the Marcel Dassault Prize, we have the opportunity to address some of the unresolved challenges in ASD research.”