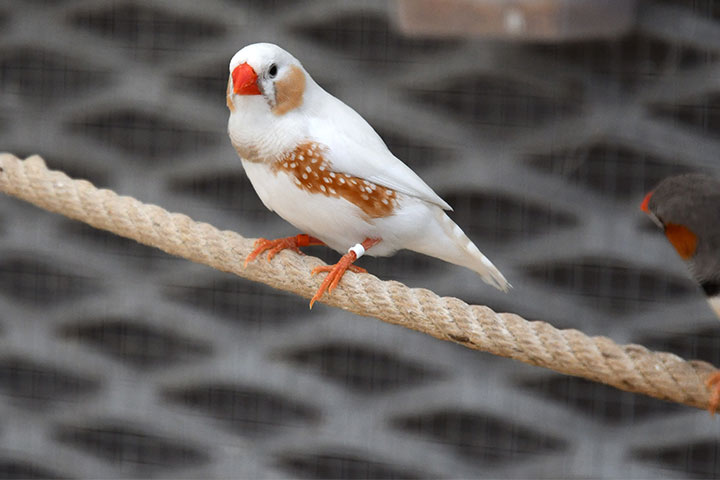 In their article untitled « Inception of memories that guide vocal learning in the songbird », Todd Roberts and colleagues, from the University of Texas, have identified the locus of the tutor song memory. Remarkably, they have successfully shaped the learned song of juvenile zebra finches by hacking the memorization process. The activation of the synaptic connections linking high sensory cortical-like areas to the motor nucleus driving song production with patterned optogenetic stimulation in juvenile birds guided the learning of song-element duration. Whether the juvenile birds received the optogenetic stimulation alone or in combination with normal tutoring by a live male bird, the acquired song displayed syllables which duration was closely following the optogenetic stimulation pattern. The same pathway is necessary for the normal imprint of tutor-song memory, as its genetic ablation before (but not after) tutoring prevented normal song imitation.

Shaping behavior through the modification of the neural activity underlying the representation of a goal before learning takes place is, by itself, an impressive landmark. But this study also reveals the mechanisms at play during natural song learning. The existence of a ‘template’ representation of the tutor song, stored in high auditory brain areas and guiding learning in juvenile birds, was hypothesized for five decades (Konishi, 1965). The locus and nature of this representation remained however unknown. The present study has revealed that a small nucleus at the interface between high auditory areas (where it lies) and motor control areas (where it projects) is holding a temporal representation of tutor vocalizations that guides song learning and shapes the duration of acquired syllables. Whether other acoustic features of the tutor song are also represented in this nucleus to guide song learning and shape syllable acoustics remains an open question. The possible dichotomy between the adjustment of the temporal envelope of an action sequence and the nature of each subsequent action may ease the learning of complex action sequence. Future studies should determine whether the adjustment of song acoustics is guided by the same representation of the tutor song, a different representation in the same brain pathway, or by a different set of neural circuits.