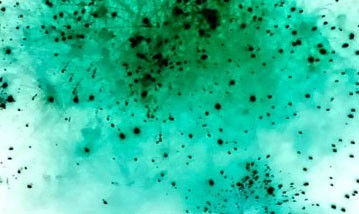 Shedding new lights on the organization of the synapse and its plasticity!

Glutamatergic synapses mediate most of excitatory neurotransmissions in the brain and have the ability to adapt their strength in response to salient environmental stimuli, a neuronal plasticity process that has been proposed to support learning and memory formation. NMDA glutamate receptors (NMDAR) were found to be central actors of these experience-dependent changes in transmission efficacy. Thus, they have been extensively studied over the past decades through genetic and pharmacological manipulations. These studies have revealed that two main subtypes of NMDAR can be found in the forebrain: those containing the GluN2A and those containing the GluN2B subunit, which display specific biophysical, pharmacological and signaling properties. An interesting feature of these two predominant subtypes is that their respective abundance at synapses changes along brain development or sensory experience, and directly influences the ability of synapses to strengthen or weaken. 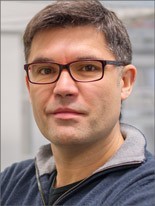 However, how the spatial distribution of GluN2A– and GluN2B-NMDAR at synapses evolves during maturation or activity-elicited modifications, and how it may affect synaptic signaling and adaptation remained open questions. In a joint effort between researchers of IINS (University of Bordeaux/CNRS UMR 5297), LP2N (University of Bordeaux/Institut d’Optique), University College London (UK), and of the University of Coimbra (Portugal), we used super-resolution microscopy and electrophysiological recordings in hippocampal neurons to investigate the nanoscale organization of GluN2A- and GluN2B-NMDAR at synapses and how it influences their adaptation. Both receptor subtypes were found to be organized in separate nanodomains which varied in number, area, shape, and localization over the course of development. (Picture: Laurent Groc)

These nanodomains displayed regulation mechanisms that were specific to each receptor subtype and involved interactions with scaffolding proteins of the postsynaptic density. To explore how this finely controlled distribution may influence synaptic signaling, we then selectively disrupted the organization of either GluN2A- or GluN2B-NMDAR nanodomains. To our surprise, acting on one or the other allowed to bi-directionally influence the adaptation of synapses: while disorganizing GluN2A-NMDAR nanodomains enhanced the strengthening of neuronal connections, disrupting the organization of GluN2B-NMDAR resulted in the exact opposite!

These investigations reveal for the first time that the nanoscale organization of receptors plays a key role in NMDAR signaling at synapses, and likely influences the plasticity of neuronal networks.