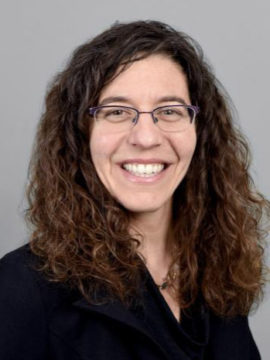 The ability to image at depth in biological tissue is critically important to diagnose and characterize disease states. Current approaches for biological imaging often leverage the use of confocal or 2–photon systems to accomplish high resolution imaging at increased depth. These tools are often used in combination with contrast agents including nanoparticles, organic dyes, and genetic reporters. Despite recent advancements, however, current optical techniques remain restricted to an imaging depth of ~1mm due to the scattering of light in tissues. To circumvent limitations in depth, the Smith lab integrates waveguides into clinical and research tools to provide new methods of cellular subtyping and tissue imaging capabilities. This talk will highlight a series of optical and photoacoustic imaging tools that have been developed in Dr. Smith’s lab to address the urgent need for non–invasive cancer detection and the characterization of neurological disorders, beyond current capabilities.

Barbara Smith is an Associate Professor in the School of Biological and Health Systems Engineering at Arizona State University. Her laboratory focuses on developing novel imaging technologies and applying systems biology approaches for disease detection and patient stratification. Recent work in her lab has led to the publication of a Featured Article in Applied Physics Letters and the submission of 18 patent applications. Since joining ASU, Smith has directed multiple Federal including the NSF CAREER Award, State, Foundation, and University funded grants. In addition, she has received teaching awards including the Centennial Professorship Award, honoring her deep commitment to excellence in education.