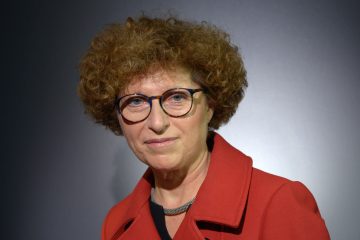 The discovery that the immune system can influence brain function and structure has profoundly changed the landscape of psychiatry. Repeated report of association of pro-inflammatory cytokines with major psychiatric disorders led to exploration of the causes and consequences of this inflammatory background.  This low-grade inflammation has been shown to be the consequence of interaction between environmental factors such as infections, stress, pollution, unhealthy life style with immune-genetic background. Association with particular immune-genetic variants of Toll-like receptor genes possibly explain diminished response to infections (TLR, NOD), association with mitochondrial genes contribute to maintenance of inflammation, while association with particular HLA haplotypes explains induction of auto-immune phenomena and/or exaggerated synaptic pruning.  For example, association with the complement genes can induce abnormal pruning  and microglial activation thereby increasing the risk of neurodevelopmental disorders such as early onset schizophrenia. In the context of the SARS-Cov2 pandemic, increased severity of COVID-19 in psychiatric patients is probably due to their reduced ability to fight infection. Systemic inflammation and persistent infections induce different pathways paving the way to biomarker-guided personalized medicine. One of the best example is the identification of “autoimmune psychosis” defined by presence of anti-neuronal antibodies that has been confounded for long with atypical, mild, or attenuated forms of autoimmune encephalitis. Persistent infections are associated to activation of Human endogenous retrovirus (HERV). Systemic inflammation induced by microbial infection or psychosocial factors can also be at the origin of the activation of human endogenous retrovirus. Inflammation is also known to be associated with gut dysbiosis and disturbance of the integrity of the digestive barrier leading to behavioral abnormalities. One last example can be found in the immune-metabolic abnormalities that pave the way to metabolic syndrome associated with psychiatric disorders. Although many aspects of the complex relationship between immunity and brain function are not yet fully elucidated, the findings that have accumulated so far have transformed our understanding of psychiatric disorders and favored the consideration of other possible cellular and molecular targets for their treatment than just alterations in neuronal transmitters.