Anxiety disorders include nine classes of psychiatric diseases and represent the most prevalent psychiatric conditions with an estimated prevalence of 18% among adults, and more than 28% over a lifetime. Despite the high personal and societal costs of anxiety disorders, relatively few therapeutic targets have been identified and current threatments are limited and have side effects. The main reason for these limitation is that we still do not understand the neural substrate underlying these pathologies. A leading hypothesis posits that anxiety disorders are caused by dysfunctions of neural circuits encoding emotional valence. Brain regions encoding emotional valence have been identified in humans and animal models, but the functional role of the circuits including these regions are just starting to be identified.
The insular cortex, or insula, is a brain region responding to emotional stimulation in healthy individuals, and has been shown to be overactivated in patients with different types of anxiety disorders such as generalized anxiety disorder, social anxiety disorder or specific phobia. However, very few is known regarding the anatomo-functional organization of this brain region, and the circuits involving the insula.
Our research program aims at defining the circuit, cellular and synaptic organization of the insular cortex in healthy conditions using mice models, and to determine whether alterations of this organization is causally linked to pathological level of anxiety. The long term goal of our research is to restore the neural dysfunctions underlying anxiety disorders in pre-clinical models to translate our findings to develop novel strategies to treat anxiety disorders. 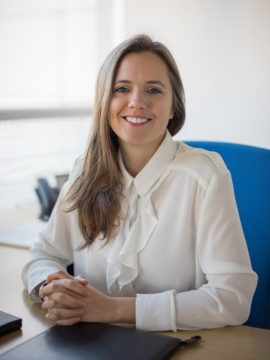