Our goal in the team is to study the mechanisms regulating synapse function, focusing on membrane trafficking events in normal brain physiology or in the course of disease. We are interested mainly in the presynaptic element filled with synaptic vesicles fusing to release neurotransmitter molecules as well as the post-synaptic side where post-synaptic receptors are going through cycles of endocytosis and recycling, which is essential for synaptic transmission and plasticity. Finally, we are not only interested in canonical synapses, such as cortical glutamatergic synapses, but also in rare and much less understood synapse populations such as neuromodulatory dopamine synapses. To tackle these issues, we combine two types of expertise mastered by the two PIs of the team, myself and Etienne Herzog. I bring electrophysiology combined with the most advanced fluorescence imaging techniques to detect and characterize individual exocytosis and endocytosis events with pH sensitive fluorophores, while Etienne brings his method of purification of synaptosomes from adult animals with fluorescence activated synaptosome sorting (FASS) which enables powerful proteomics, transcriptomics and functional approaches. Altogether we aim at identifying new principles of organization in specific synapses and test their relevance for synaptic function in the normal and diseased brain. 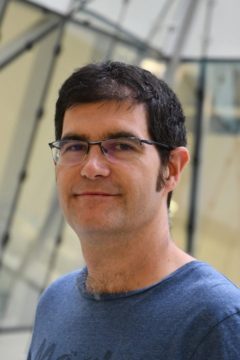