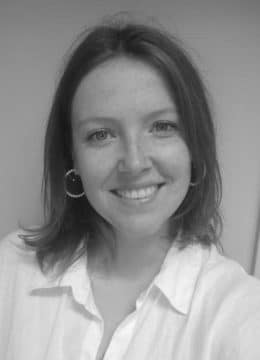 When encountering a threat, mammals display a range of fear responses comprising freezing, flight, jumping or fight. This panel of defensive responses is highly conserved across species and is likely to have been originally acquired through observational social transmission (or, vicarious learning) and epigenetic mechanisms. In mice, without prior learning or conditioning, defensive responses can be triggered by a predator, an aggressive conspecific or internal stimuli that challenge homeostasis. To ensure survival, preys must actively select the adapted response to a threat while integrating the environmental and contextual information available. Even though the fear circuitry has been thoroughly disentangled in the last decades, this work was mostly conducted in learned fear, resulting in a lack of knowledge concerning these responses in innate paradigms. Moreover, we still do not fully capture the mechanisms allowing distinct fear responses, even to the same stimulus, to be elicited and how learned and innate fear circuitries are interacting. Among the structures known to be involved in conditioned fear behaviour, the medial prefrontal cortex has been identified as a critical structure for the expression of several defensive reactions, including freezing. Interestingly, this brain region is highly connected to several other key structures involved in learned and innate fear expression such as the amygdala, periaqueductal gray, the medial hypothalamic defensive system, and the superior colliculi. As some studies already contributed to showing the implication of the medial prefrontal cortex (mPFC) in innate fear, an mPFC substructure emerged to potentially play a key role in the selection of innate fear responses, the anterior cingulate cortex (ACC). The ACC activity is affected by emotional stimuli, it is determinant for social fear learning, and it holds direct projections to the superior colliculi, which are crucial for the detection of visual innate threats in mice, evoking aerial predators. In this project, we implemented an innate fear paradigm in freely-moving mice allowing to perform single unit extracellular recordings of the ACC activity in animals presented with an innately aversive visual threat, a looming disk. Coupling electrophysiological techniques with behaviour allowed to correlate the ACC activity with the defensive responses of the animals, to tackle the interrogation of how the selection of freezing and flight responses is encoded in the ACC. In our hands, the looming stimulus elicited both freezing and flight responses, along with returns to a shelter zone of the behavioural box. Interestingly, we recorded ACC neurons which activity was modulated by freezing, flight or both innate fear responses. The ACC activity also seemed to reflect ‘threat’ versus ‘safety’ environmental situations in the paradigm, as the majority of the ACC modulated neurons were responsive to shelter return. At the population level, ACC activity was highly and significantly diverging after onset of flight and shelter responses, and after looming onset of trials followed by shelter responses in comparison with pre-loom onset neutral state activity. Even though our results are mainly descriptive, we believe that the activity of the ACC during threat encounter can be determinant for the selection of innate fear responses.