In the central nervous system, fast excitatory synaptic transmission is mainly mediated by α-amino-3-hydroxy-5-methyl-4-isoxazolepropionic acid receptors (AMPAR). AMPAR are homo-tetrameric or hetero-tetrameric receptors assembled from different combinations of four core subunits, GluA1-4. These pore-forming subunits then form a macromolecular complex with several structurally unrelated proteins, the AMPAR-auxiliary proteins. To date, more than 30 different auxiliary proteins have been identified. Those are known to exert a wide range of functions on the receptor: from receptor stabilization, endoplasmic reticulum (ER)-export, trafficking, synaptic anchoring, to channel gating modulation. Despite their relevance to proper receptor function and consequently to synaptic transmission, there is still a vast lack of knowledge on their function. So far, the major limiting factor that has hampered these types of studies has been the lack of tools, either to directly visualize the target protein without compromising their function or to directly study the dynamics of their interaction with the receptor in living cells.

The ferric-chelate reductase 1-like protein (FRRS1l) was identified as a key player during the early steps of AMPAR biogenesis, but the mechanisms behind its putative role were unknown. More recently, FRRS1l among other ER-interacting proteins has been shown to mediate different stages of AMPAR assembly. However, the dynamics of this process are unknown.

On the other hand, the transmembrane AMPAR regulatory proteins (TARP) family was discovered in the early 2000s and was identified as the key mediator of AMPAR trafficking and channel gating. Despite the extensive work done, there is still a lack of tools to allow the study and visualization of surface TARPs without compromising and destabilizing their interaction with AMPARs. Moreover, one of the biggest debates around auxiliary subunits (in particular TARPs), is whether auxiliary subunits dissociate or not from AMPAR complexes at the plasma membrane. This is of particular importance as dissociation of auxiliary subunits could potentially lead to the rearrangement of the AMPAR macromolecular complexes, and thus shape AMPAR-mediated transmission.

The overall goal of my PhD has been to develop new tools to study the dynamics of AMPAR and AMPAR-interacting proteins, in particular, the ER-interacting protein FRRS1l and the auxiliary subunits TARP g2 and g8. First, I will discuss the strategies I took to unveil the role of FRRS1l during the early steps of the AMPAR biogenesis. In particular, I report the development of new tools to study the interaction between AMPARs and FRRS1l using fluorescence-lifetime imaging microscopy (FLIM)-based Förster resonance energy transfer (FRET). The results here presented show that not only AMPAR and FRRS1l directly interact in living cells, as well as, the ER-resident protein carnitine palmitoyltransferase 1c (CPT1c) cooperates and enhances FRRS1l and AMPAR assembly, as previously suggested. Second, I developed a new tool to label surface TARPs in living neurons using the combination of genetic code expansion with click-labeling. Using this tool, we were able to demonstrate the differential surface organization of g2 and g8 both in dissociated hippocampal neurons and hippocampal slice cultures. Moreover, using super-resolution microscopy, we demonstrate that g2, but not g8, is organize in nanocluster within the synapses, as previously reported for AMPARs. 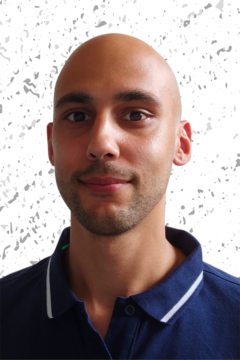