Auditorium of the Centre Broca Nouvelle-Aquitaine

The brain is a complex network of interconnected neurons responsible for all our cognitive functions and behaviors. Neurons receive inputs at specialized contact zones named synapses which convert an all or none electrical signal to a chemical one, through the release of neurotransmitters. This chemical signal is then turned back in a tunable electrical signal by receptors to neurotransmitters. However, a single neuron receives thousands of inputs coming from several neurons in a spatial- and temporal-dependent manner. The precise mechanism by which neurons receive, integrate and transmit these synaptic inputs is highly complex and is still not perfectly understood.

At excitatory synapses, AMPA receptors (AMPARs) are responsible for the fast synaptic transmission. With the recent developments in super-resolution microscopy, the community has changed its vision of synaptic transmission. One breakthrough was the discovery that AMPARs are not randomly distributed at synapses but are organized in nanodomains of ~80 nm of diameter containing ~20 receptors. This content is an important factor since it will determine the intensity of the synaptic response. Due to their mM affinity for glutamate, AMPARs can only be activated when located in an area of ~150 nm in front of the neurotransmitter release site. Moreover, AMPAR nanodomains have been shown to be located in front of glutamate release sites and to form trans-synaptic nanocolumns. Thus, the nanoscale organization of AMPARs regarding release sites seems to be a key parameter for the efficiency of synaptic transmission.

The overall aim of my PhD has been to determine the influence of this nanoscale organization on the intimate properties of synaptic transmission both at basal state and during plasticity.

First, we studied how AMPARs are co-organized with other types of glutamate receptors: NMDARs and mGluRs. We showed as well that this fine organization impacts the profile of activation of receptors and therefore regulate synaptic physiology. This work completed our new vision of the role of nano-organization in the synaptic transmission at the basal state. Then, I studied how this nano-organization enables neurons to adapt their communication. Indeed, synapses can modulate their strength through long-term synaptic plasticity. As an example, Long-Term Depression (LTD) corresponds to a long-lasting weakening of synaptic strength and is thought to be important in some cognitive processes and behavioral flexibility through synapse selective elimination. Following previous discoveries about the impact of AMPAR dynamic nano-organization at synapses on the regulation of the synaptic transmission strength and reliability, I decided to investigate their role in the weakening of synapses. Through this project, we demonstrated that AMPAR nanodomain content drops down rapidly and this depletion lasts several minutes to hours. The initial phase seems to be due to an increase of endocytosis events, but in a second phase, AMPAR mobility is increased following a reorganization of the post-synaptic density. This change in mobility allows depressed synapses to maintain their capacity to answer to high-frequency inputs. Thus, we propose that LTD-induced increase in AMPAR mobility allows to conduct a reliable response in synapses under high-frequency stimulation and thus to selectively maintain them while eliminating the inactive ones. To confirm this, I investigated how evolution of synaptic nano-organization regulates the synaptic elimination, called synaptic pruning, by modulating the relationship LTD-pruning. Finally, we showed that the isolation in time and space of a synapse favors its pruning following specific molecular reshufflings induced by LTD. 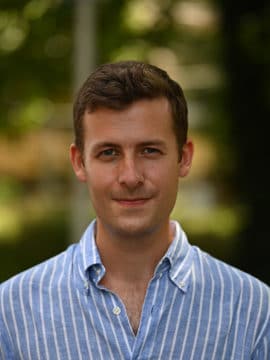