Coping with threatening situations requires both identifying stimuli predicting danger and selecting adaptive behavioral responses in order to survive. The dorso medial prefrontal cortex (dmPFC) is a critical structure involved in the regulation of threat-related behaviour, yet it is still largely unclear how threat-predicting stimuli and defensive behaviours are associated within prefrontal networks in order to successfully drive adaptive responses. Over the past years, we used a combination we used a combination of extracellular recordings, neuronal decoding approaches, and state of the art optogenetic manipulations to identify key neuronal elements and mechanisms controlling defensive fear responses. I will present an overview of our recent work ranging from analyses of dedicated neuronal types and oscillatory and synchronization mechanisms to artificial intelligence approaches used to decode the activity or large population of neurons. Ultimately these analyses allowed the identification of high dimensional representations of defensive behavior unfolding within prefrontal networks.

Cyril HERRY obtained his PhD in June 2002. After his postdoctoral training he obtained in 2009 a young researcher tenure track position at INSERM to develop his independent scientific project. In 2010 he got a tenured position at INSERM in France at the assistant professor level. He published 45 articles among those, 14 have been published in high impact journals over the past 12 years (Neuron 3), Nature Neurosci. (2), Nature (9 total, 2 as first author, 3 as co-author, 4 as last author). In recognition of this work he was ranked first in the 2010 and 2014 INSERM competitive examination and has been awarded the 2009 Friedrich Miescher Institute post-doctoral price, the Robert Debré research price in 2016 and has been laureate of the National Academy of Medecine in 2016 and the National Academy of Science in 2017. He was ranked in 2019 and 2020 as among the most cited worldwide Researchers in Neuroscience (HCR). Over the past 10 years, he has been invited to give seminars in renowned international scientific meetings (Gordon conf., Brain winter conf., American and Japanese Neuroscience Society meeting…).

Bienvenu TCM., Dejean C., Jercog D., Aouizerate B., Lemoine M., Herry C. (2021). The advent of fear conditioning as an animal model of post-traumatic stress disorder: Learning from the past to shape the future of PTSD research. Neuron, 109: 2380-2397. 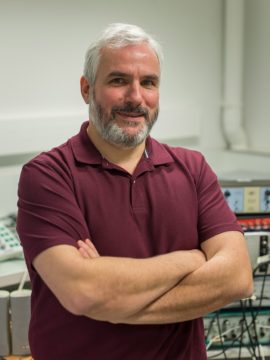