Despite the strong sequence homology with other ionotropic glutamate receptors (iGlu), the delta family of iGlu, comprising GluD1 and GluD2, is unable to bind glutamate. Until recently, these subunits were considered as orphan since no endogenous ligand was found to open their ion pore. Nonetheless, over the past decade, several genetic studies have linked mutations in GluD1/2 encoding genes with psychiatric disorders such as schizophrenia and autism. Recently, our lab showed activation of mGlu1/5 gates the opening of the GluD1/2 ion channel in several cell types. During my talk, I will review the main features of GluD1/2 subunits regarding synapse formation, long term plasticity and ion channel. I will also provide new unpublished data regarding the role of GluD1 in glutamatergic transmission and of missense mutations in GluD1 associated with intellectual disabilities. Aside to this project, we are developing new pharmacology of GluD1/2 subunits based on light molecular switch attached to these subunit allowing reversible blockade of the ion.

Recent paper linked to the seminar 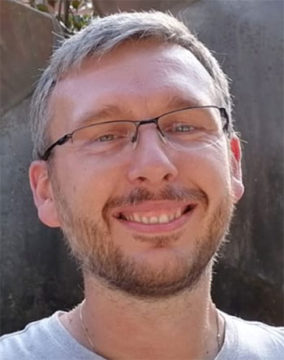