Eudaimonia and Hedonia: Brain systems for thriving and surviving

For Aristotle, the goal of human life was to live well, to flourish, and to ultimately have a good life. These goals can be conceptualised as “eudaimonia”, a concept distinct from “hedonia” (pleasure). Many people would argue that the arts play a large role in their wellbeing and eudaimonia. Music in particular is a culturally ubiquitous phenomenon which brings joy and social bonding to listeners. Research has given insights into how the ‘sweet anticipation’ of music and other art forms can lead to pleasure, but a full understanding of their role in eudaimonia is still missing. What is clear is that anticipation and prediction are important for extracting meaning from our environment. In
fleeting moments this may translate into both pleasure and pain, which over longer timescales can give rise to flourishing and suffering, providing meaning and purpose to life. I will discuss some of the
evidence from neuroimaging and whole-brain modelling for the role of sex, drugs and music in helping orchestrating eudaimonia, and propose future strategies for exploring the deep remaining questions.

Professor Morten L Kringelbach leads the Hedonia Research Group based at the Department of Psychiatry, Oxford and Center for Music in the Brain, Aarhus. He is the founding director of the new
interdisciplinary Centre for Eudaimonia and Human Flourishing at Linacre College, University of Oxford. His prizewinning research uses whole-brain modelling of brain responses to hedonic and eudaimonic
stimuli such as, for example, food, infants, sex, psychedelics and music to discover ways to increase eudaimonia (the life well-lived). He has published fourteen books, and over 350 scientific papers, chapters and other articles and his research features regularly in newspapers, magazines, radio and television. 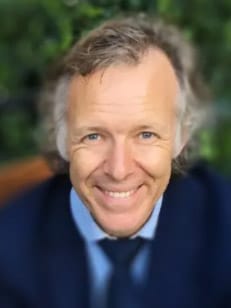