Visual mental imagery: what it takes to imagine something

“There is an elephant in the room: discussing what it takes to imagine something. »

The dominant model of visual mental imagery stipulates that memories from the medial temporal lobe acquire sensory features in early visual areas. Yet, there is an elephant in the room. Well, actually, if we look carefully, there are multiple elephants in this room. The neuropsychological, neuroimaging (both PET and FMRI), and stimulation literature from the past thirty years has consistently refuted this model and showed that high-level visual areas in the ventral pathways seem to be critical for mental imagery. I am going to share with you a brief overview of the imagery literature, starting with Penfield – 1938, and moving onto Levine and Farah – 1985 – then touching upon the early fMRI study of Mark D’Esposito – 1999 – and sequent neuroimaging evidence and ending with a striking lesion study of an architect who lost the ability to imagine – Thorudottir et al., 2020. A common thread will arise: a node in the inferior temporal gyrus – i.e., the Fusiform Imagery Node – stands out as a key area for mental imagery. To conclude, a new model of mental imagery is delineated, one that attempts to fully reconcile the literature on visual mental imagery in humans and in nonhuman animals. 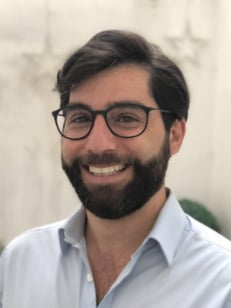