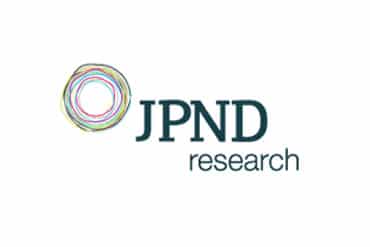 JPND: Call for understanding the mechanisms of non-pharmacological interventions

Neurodegenerative diseases are debilitating and largely untreatable conditions that are strongly linked with age. Worldwide, there are estimated to be 50 million people suffering from Alzheimer’s disease and related disorders, the most common class of neurodegenerative diseases. This figure is expected to double every 20 years as the population ages. The total direct and informal care costs of Alzheimer’s, Parkinson’s and related disorders are expected to surpass €350 billion per year across the European Union and about US$ one trillion worldwide. Existing treatments for neurodegenerative diseases are limited in effect and mainly address the symptoms rather than the cause or the progressive course. With this in mind, JPND has identified a pressing need for investment aimed at enabling research projects on understanding the mechanisms of non-pharmacological interventions.

Several non-pharmacological interventions have been shown to be effective and accepted by patients, e. g. from existing cohort data. Such interventions may include, among others, psychosocial interventions, neuromodulation, nutrition or exercise. Although neurodegenerative diseases are recognised as multifactorial syndromes, there is little interaction between biomedical and psychosocial approaches. One rationale for integrating biomedical and psychosocial research is the discordance between neuropathology and cognitive functioning. However, there is yet little knowledge about the mechanisms of non-pharmacological interventions, e. g. on the molecular or cellular level.

This transnational call invites proposals for ambitious, innovative, multinational and multidisciplinary collaborative research projects aimed at improving the understanding of the mechanisms and biological substrates that underlie non-pharmacological interventions, in order to tailor a holistic personalised treatment approach.

Funding: The total made available for this call is about 19 million euros.

UNDERSTANDING THE MECHANISMS OF NON-PHARMACOLOGICAL INTERVENTIONS

See all the calls for proposals