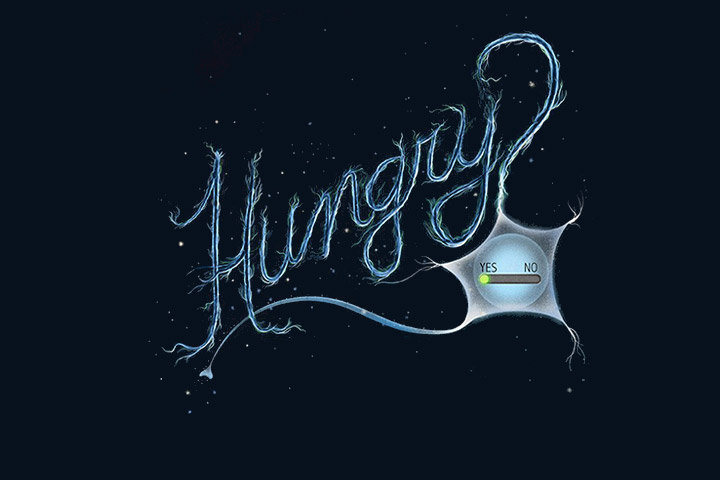 A molecular glimpse to the multi-faceted POMC neurons

This article of Cota’s group is in collaboration with the Marsicano’s group at Magendie and the Fioramonti’s group at NutriNeuro.

Obesity is a public health concern and the lack of successful strategies aimed at preventing and managing obesity is fundamentally due to a knowledge gap in the biology underlying the disease.

Most of body weight-associated genes are enriched in the central nervous system, highlighting the central role of the brain in body weight regulation. Indeed, several neuronal populations communicate with each other and with the periphery to continuously guarantee appropriate matching between energy intake, its storage and use. In this context, the pro-opiomelanocortin (POMC) neurons located within the arcuate nucleus of the hypothalamus, are classically viewed as promoters of satiety. 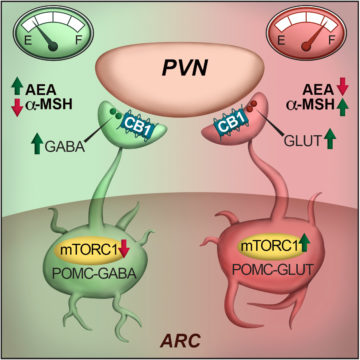 In an article published in Cell Reports, Saucisse et al. studied the role of the mechanistic target of rapamycin complex 1 (mTORC1) pathway within POMC neurons. mTORC1 is a ubiquitous protein complex acting as a nutrient and energy sensor for cells. The authors hypothesized that its role in POMC neurons could have whole-body consequences by allowing POMC neurons to determine the energy needs of the whole organism and match energy intake and use accordingly. First, they showed that the blockade of mTORC1 specifically in POMC neurons causes hyperphagia. This was associated with decreased POMC-derived appetite suppressant α-melanocyte-stimulating hormone and recruitment of POMC/GABAergic neurotransmission, which is restrained by cannabinoid type 1 receptor signalling.

To go further, using electrophysiology and optogenetics, the authors showed that the pharmacological blockade of mTORC1 in acute brain slices has opposite outcomes on POMC neurons, leading to activation of POMC/GABAergic neurons and inhibition of POMC/Glutamateric neurons. Finally, single-cell RNAseq data and fluorescence in situ hybridization reveal that POMC neurons with different neurotransmitter profiles possess specific molecular signatures and spatial distribution within the arcuate nucleus of the hypothalamus.

Altogether, these findings suggest that mTORC1 orchestrates the activity of distinct POMC neurons subpopulations to regulate feeding behaviour, and challenge the classic view of POMC neurons as exclusive promoters of satiety. These results are of utmost importance, considering that the long overlooked heterogeneity of POMC neurons in the regulation of energy balance is now becoming a hot topic in the field. Future studies should clarify the link between POMC neurons functional heterogeneity and their role in the aetiology of obesity, for the development of new therapeutic strategies.