The persistence of addiction is better explained by socioeconomic deprivation related factors powerfully motivating goal-directed drug choice than by automaticity, habit or compulsion theories favoured by the brain disease model

Since its inception, the brain disease model of addiction (BDMA) has iteratively explained the puzzle of addiction (why drug use persists despite harms) by appealing to various automaticity accounts, including (but not limited to) automatic cue reactivity, habit and compulsion theories. The current talk will evaluate this claim of the BDMA by reviewing studies which have experimentally tested whether individual variation in addiction (dependence) severity can plausibly be explained by propensity to automatic cue-elicited, habitual or compulsive control over drug choice. The evidence clearly indicates that drug choice, even in dependent individuals, is not automatic, habitual or compulsive in nature. Rather, the puzzle of addiction is better explained by factors related to socioeconomic deprivation powerfully augmenting the expected value of the drug relative to alternative rewards, promoting persistent goal-directed drug choice by outweighing expected harms. The implication is that there should be a reorientation of research funding priorities to focus on interventions that address social structural, environmental and psychosocial factors that motivate goal-directed drug choice, rather than pursuing (thus far) fruitless (in terms of therapeutic impact) investigations into proposed biomedical mechanisms underpinning automatic, habitual or compulsive drug seeking.

Hogarth L, Mathew AR, Hitsman B (In Press). Current major depression is associated with greater sensitivity to the motivational effect of both negative mood induction and abstinence on tobacco-seeking behavior. Drug and Alcohol Dependence Full text. 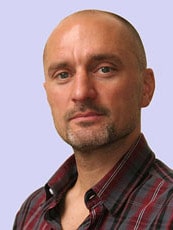